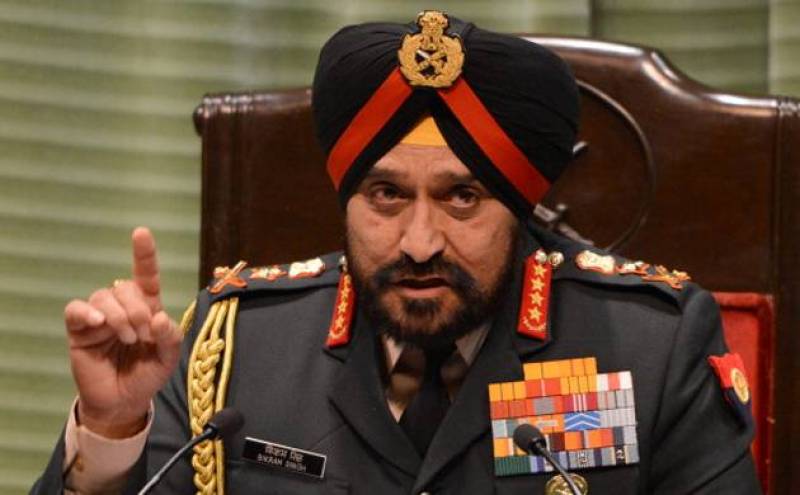 NEW DELHI -  Appointment of Qamar Javed Bajwa as new chief of Pakistan’s army seems to have evoked fear and alarms in the neighbouring country, India as former Indian army chief Bikram Singh on Saturday said India should be careful with respect to Bajwa's approach.

Former Army Chief Bikram Singh, under whom the new Pakistan Army Chief Lt Gen Qamar Javed Bajwa has served on a UN assignment, said India should be "careful" and watchful with regard to his approach.

“Things change once an officer goes back to his home country,” Indian media reported Bikram Sindgh as saying.

He described Lt Gen Bajwa as a "thorough professional" who gave an "outstanding performance" under him in Congo.

"There might be great bonhomie when the goal is world peace under UN mandate but things change once you go back to your country. This is because your national interest comes first," General Singh told PTI.

He said India should wait and watch and be "careful", adding "He has served in all these areas (bordering India) and knows pretty well what kind of terrain and conditions exist on both sides."