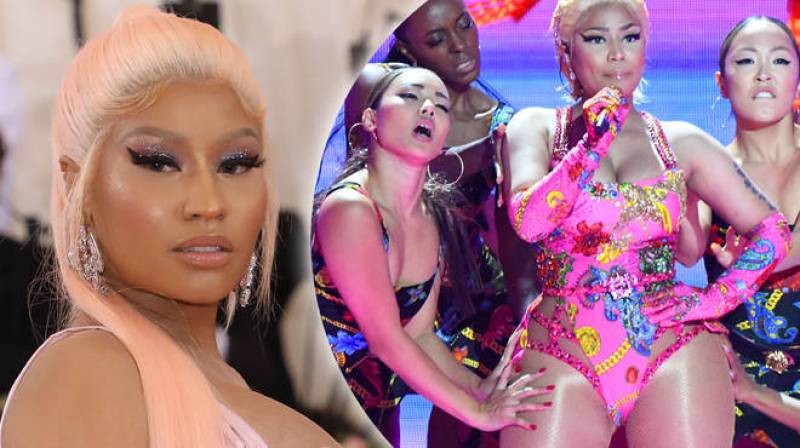 RIYADH - Hollywood superstar Nicki Minaj will be performing at Saudi Arabia this month. Prior to the event,  a storm is being triggered on social media as the kingdom loosens decades-old restrictions on entertainment.

Minaj, known for her profanity-laced lyrics and raunchy music videos, will perform in the western city of Jeddah on July 18, organisers of the ongoing Jeddah Season cultural festival announced on Twitter on Tuesday.

"She (Minaj) is going to be actively on her social media, she’ll be posting right from the stage in Jeddah and at her hotel in Jeddah," Robert Quirke, an event organiser, was quoted as saying by the Arab News daily.

Nicki's upcoming concert is exciting for many fans but some are frowning upon the event. Many fans are titling Nicki Minaj’s hip-hop songs as ‘provocative’ and ‘sexual’.

This is a disgrace to Islamic world indeed,God will protect his city from evils.

Wait... How is Saudi Arabia letting Nikki Minaj have a huge festival but they don't allow pork let alone Nikki in a Islamic country..😑

Cool video by #Saudi Woman wondering why she should be wearing a Abaya while Nicki Minaj can come “Shake her Booty” and sing about sex in Jeddah on 18th. HT @ayaelb https://t.co/vEo6WY2kVt

It's too complex, you are not dealing with a Western country, hasn't changed much in 1000s of years until the recent 50 years, it's their law that is going to change as soon as the government has the power & confidence to overcome the religious class opposition to reform

According to Saudi law, the festival will be alcohol and drug-free and 16+. The event is set to take place at the King Abdullah Sports Stadium in the Red Sea city.

The BBC reported that Minaj’s concert is the latest example of Saudi Arabia loosening restrictions on entertainment to promote the crown prince’s professed efforts to liberalise his country and diversify its economy.