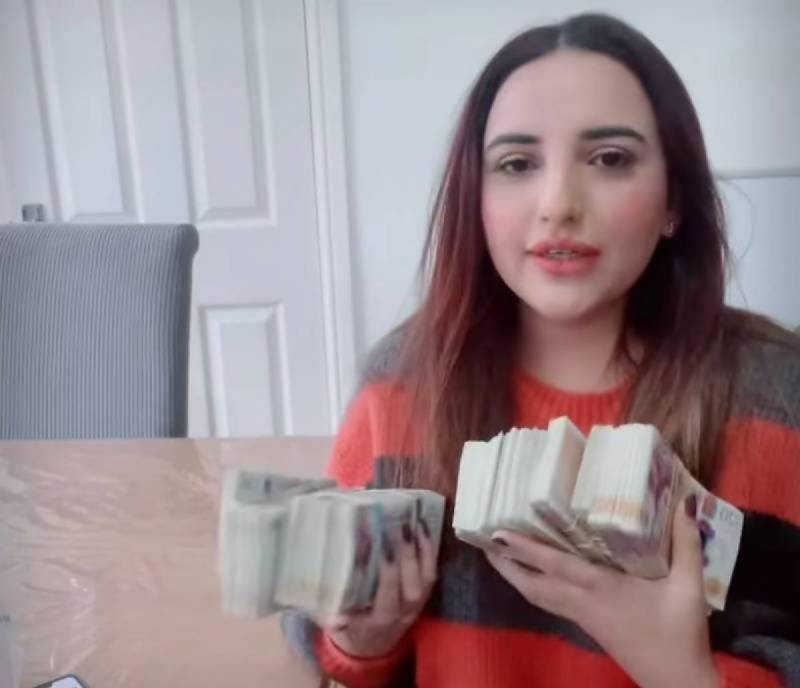 KARACHI – Sindh High Court on Monday approved protective bail of Tiktok controversy queen Hareem Shah for seven days in regard to the arrest by federal investigators in a money laundering case.

The development comes days after Fizza Hussain, also known as Hareem Shah, approached the top court of the southeastern province to get protective bail in connection with the FIA inquiry.

A two-member bench of SHC directed Shah to furnish a solvent surety of Rs25,000. Shah's counsel maintained that she returned to her homeland and willing to join the FIA inquiry.

Without touching the merits and demerits of the case, the court approved her protective bail for a week.

Justice KK Agha inquired if Hareem Shah is the same woman "who claimed to have committed money laundering".

"SHC provided security to Hareem Shah earlier as well but she misused the orders favouring her. Stop playing games with the court," Justice KK Agha remarked while expressing annoyance at the social media sensation.

Earlier this year, the country’s apex investigation agency started a money laundering inquiry against the scandal queen after she shared a video in which she can be seen sitting with stacks of foreign currency.