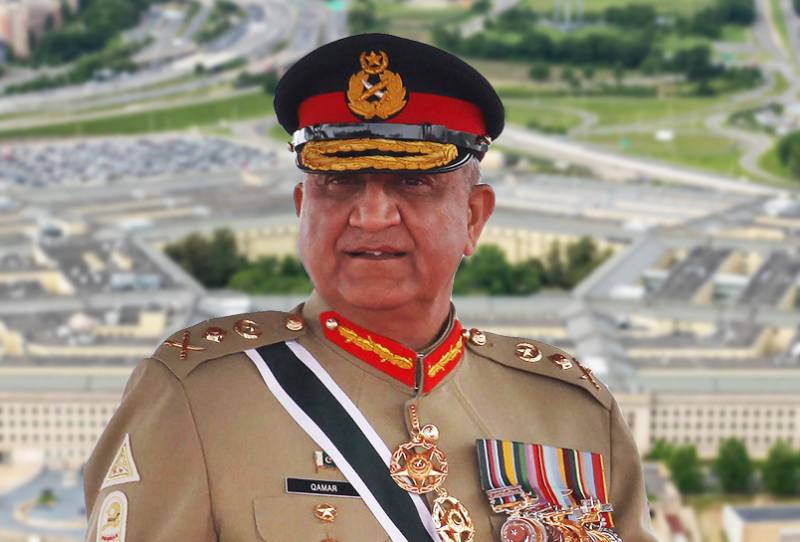 A press release on the US Department of Defense website said the secretary hosts an honor cordon and meeting welcoming Pakistan’s Chief of the Army Staff, General Qamar Javed Bajwa, to the Pentagon at 2:30 pm. EDT on the steps of the River Entrance.

Only limited press will be given access to the event, and there will be no briefing, reports suggest.

Meanwhile, General Bajwa is scheduled to meet the senior Biden administration this week during his official visit to the United States.

Pakistan’s top general is currently in Washington for a series of meetings with senior US officials. While the Pakistan embassy has not released the chief’s itinerary, other sources said Gen Bajwa was expected to meet National Intelligence Director Avril D. Haines, and CIA Director William J. Burns, besides the defense secretary.

The military’s media wing said the two sides discussed diverse matters, including the overall regional security. Both sides discussed matters of mutual interest as well as the devastation caused by floods in Pakistan.

WASHINGTON – Chief of Army Staff General Qamar Javed Bajwa has arrived in the United States on a weeklong visit ...

Recent media reports suggested that he may also have a one-on-one meeting with US Secretary of State Antony Blinken, but US sources say that it seems unlikely.

DG ISI, Chief of the General Staff, and DG Military Operations are also accompanying the army chief, who reached New York on Friday. The COAS met the head of the UN peacekeeping forces in New York before leaving for Washington.

COAS’s trip to the US was said to be an important one as it portrays the robust relations between Islamabad and Washington.