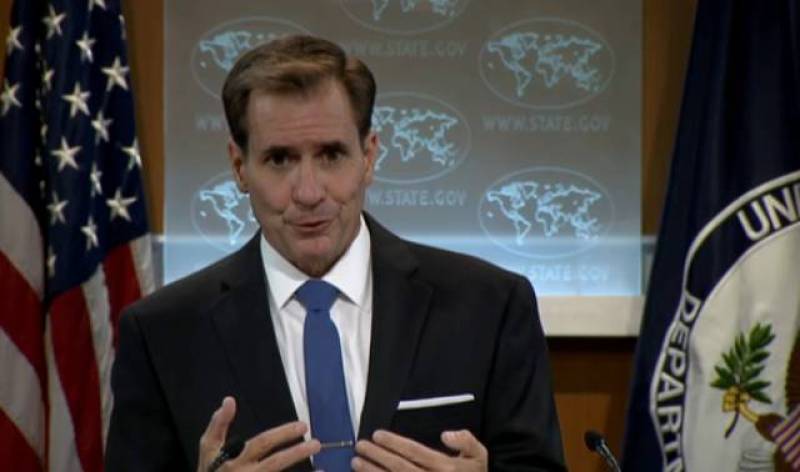 WASHINGTON - The United States on Saturday stated that it’s ‘closely monitoring’ recent events in Karachi where political party MQM is facing a crackdown after its former self-exiled leader Altaf Hussain in London delivered an anti-Pakistan speech and asked his workers to launch attacks on media.

“We’re monitoring those events very closely. We’re aware that Pakistani security forces have arrested some MQM members allegedly involved in violent protests and that these operations have included the closure and the demolition of offices deemed to have been illegally constructed,” State Department spokesman John Kirby told reporters when asked about the arrests of the leaders of Muttahida Qaumi Movement (MQM).

The spokesman said Pakistan and India should resolve Kashmir issue through bilateral dialogue, saying that US policy on Kashmir has not changed.

He said that Washington routinely communicates with Islamabad about such political issues.