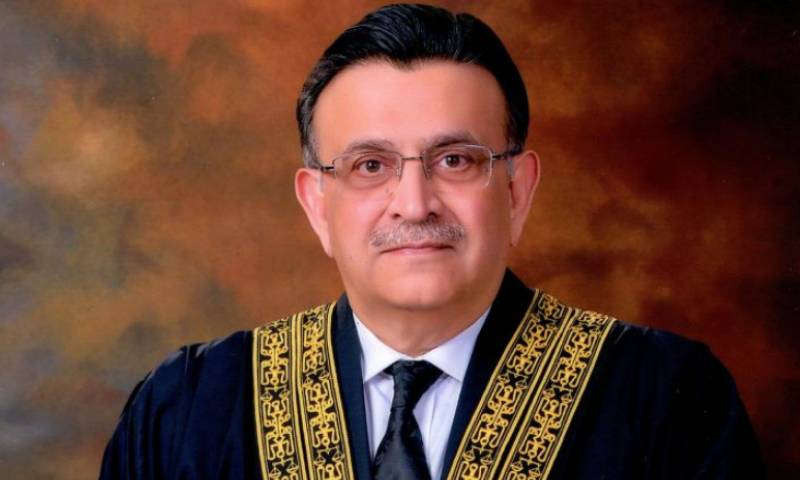 ISLAMABAD – Chief Justice of Pakistan Justice Umar Ata Bandial termed Article 62 1-F of the constitution a ‘draconian law’ during the hearing of an appeal filed by PTI leader Faisal Vawda.

A three-member bench of the apex court, led by Chief Justice of Pakistan, heard the appeal.

CJP Bandial while terming Article 62 (1)(f) as a draconian law, said the court we will hear this case with caution and in detail.

PTI leader maintained that the electoral watchdog order and the IHC judgment are arbitrary and without lawful authority and of no legal effect, maintaining that move opposes judgments of the Supreme Court.

Earlier, several politicians including deposed premier Nawaz Sharif were disqualified under Article 62 (1) (f) of the Constitution.

Article 62(1)(f) sets the precondition for a member of parliament to be honest and righteous, and the PML-N supremo was disqualified under the same provision in the Panama Papers case.

ISLAMABAD - The Supreme Court has unanimously announced that the disqualification under Article 62 (1)(f) of the ...

Estranged PTI leader Jahangir Tareen was also disqualified by a separate bench of the apex court under the same provision.