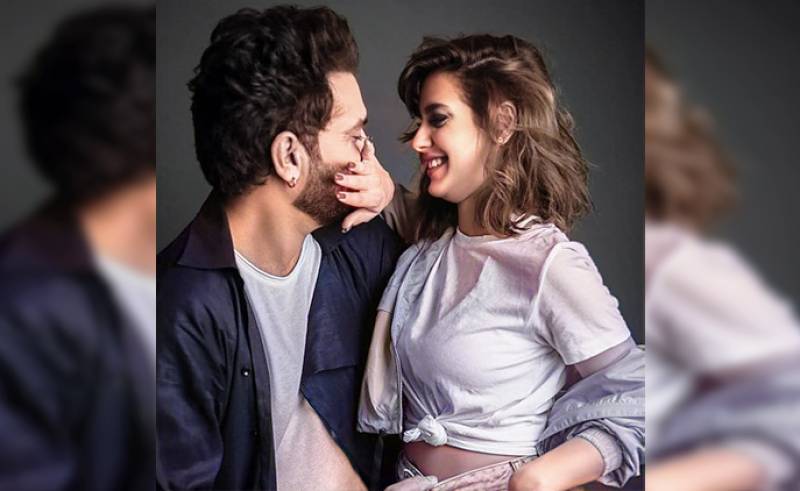 This time the duo can be seen cozying up to each other in new pictures which left many social media users shocked. Their loved-up snap, in which Yasir can be seen holding his wife in arms, did not settle well with keyboard warriors who trolled the couple to keep things intimate between them.

Some of his co-workers hailed their bond while netizens rapped the couple over their PDA-filled moments.

The majority of the demeaning comments pinpointed that it's inappropriate for the couple to share such moments publicly.

KARACHI - Yasir Hussain has turned to Instagram to share pictures of himself and fiancée Iqra Aziz, stating that the ...

Despite garnering mixed reactions, Yasir and Iqra never shy away from dropping bold pictures from their private life which is either adored by the fans or labelled vulgar.

Pakistani actor Iqra Aziz, who took a short break from the industry, is all set to make a comeback on the television ...