Iqra Aziz gets candid on her upcoming TV series, comeback after break in DP exclusive interview 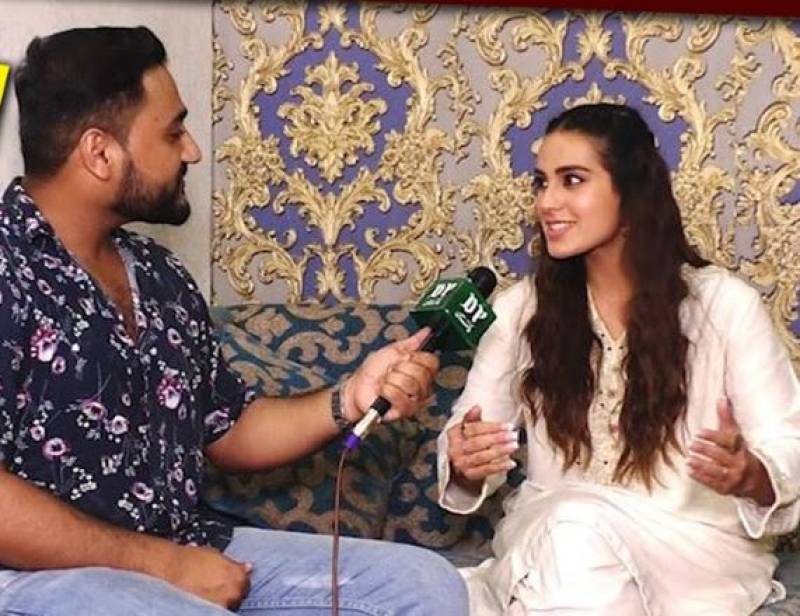 Pakistani actor Iqra Aziz, who took a short break from the industry, is all set to make a comeback on the television screen.

Speaking in an exclusive interview with Daily Pakistan, the actor shed light on her upcoming project, a murder mystery, which is being directed by her better half.

She called ‘Aik Thi Laila’, a different project in the mainstream media, saying the story ends in mere five episodes. The actor, however, called the plot spellbinding, saying thrill will be the epicenter and it will not be dragged.

The 24-year-old also revealed that she started her acting career at the tender age of 14, and it’s been a decade.

She admired interacting with fans and getting appreciated for her work and equated appreciation as a true reward for any artist.

Delving into details, the actor said she’s privileged to work with some of the big names who even helped her improve her expressions, maintaining that she had never been to acting school.

When asked about her choice for her favorite co-star, she named her husband Yasir and also recalled her on-screen chemistry with Farhan Saeed in Suno Chanda, which garnered huge praise for the cast.

Recalling her challenges, she called Raaqeeb Say, a perplexing project in light of the star-studded cast including Nauman Ijaz and Sania Saeed. Iqra said she used to recall the script for hours, as the serial includes her extended solos.

The actor second her husband in cultural disorientation controversy as Yasir Hussain remained in news for a while saying Turkish dramas can destroy the local industry.

Iqra Aziz’s fame skyrocketed with her hard work and beautiful looks. She rose to fame with the blockbuster drama Khuda Aur Mohabbat 3 which amassed more than two billion views on the video streaming platform.