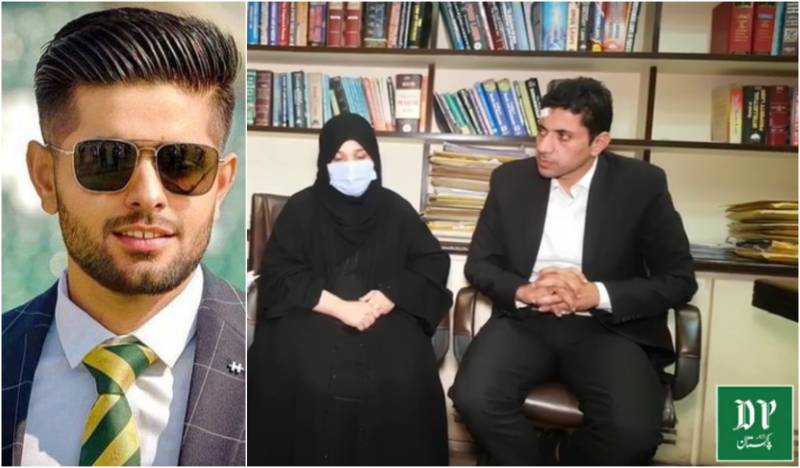 LAHORE – A woman, who claims to be a former girlfriend of Babar Azam, says she will not stop haunting the Pakistan cricket captain over years of physical and financial abuse until she gets justice.

In an exclusive interview on Tuesday, Hamiza Mukhtar told DailyPakistan that they were both teens when their relationship began a decade ago.

Holding the holy Quran in hand, the 24-year-old told DP anchor Yasir Shami that she had eloped with Babar for marrying in the court in 2011 because their families disapproved their relationship; allegedly after having indulged in extramarital affairs.

“Babar took me to his friend’s place at Wahdat Road, Lahore where we spent a couple of days,” she continued, “after that he kept me in Model Colony, Firdous Market till 2012.”

The woman once again alleged that the cricketer abused her sexually over the years on the pretext of marriage. Last weekend, the woman told reporters at Lahore Press Club that the national team captain had impregnated her but she had to abort the child as Babar Azam was not ready to “accept” that.

“We were deeply in love but he changed when he became famous,” said the woman, whose face was covered with a mask.

One day, while they were staying at a hotel in Islamabad back in 2016, Hazima said the police knocked at their door at midnight. Upon inquiry, “we got confused but Imran Nazir (another Pakistani cricketer) came to the hotel to our rescue.”

She further shared how she stole jewellery worth 150,000-200,000 (at that time) from her house for the survival of their relationship.

“I even sold my car and gave him Rs1.2 million, but he (Babar) was still not happy and had a fight with me.” Seeing his behavior changed, Hamiza said, she then reached Naseerabad Factory Area Police Station to lodge a complaint against “the love of her life”.

Hamiza revealed that the police also called Babar’s family members, and not only the cops assured her of full support but also their parents eventually agreed to their marriage – which actually never took place.

To another question, the lady mentioned that she even used to “satisfy” him (Babar) over late-night video calls during his cricketing sessions while he was touring other cities.

Her lawyer, seen in the video, insisted that it is a case of exploiting someone on false promises of marriage that comes under section 493/A with a maximum punishment of 25 years.