Exclusive: Meet the youngest candidate to pass CSS in the history of Pakistan Customs 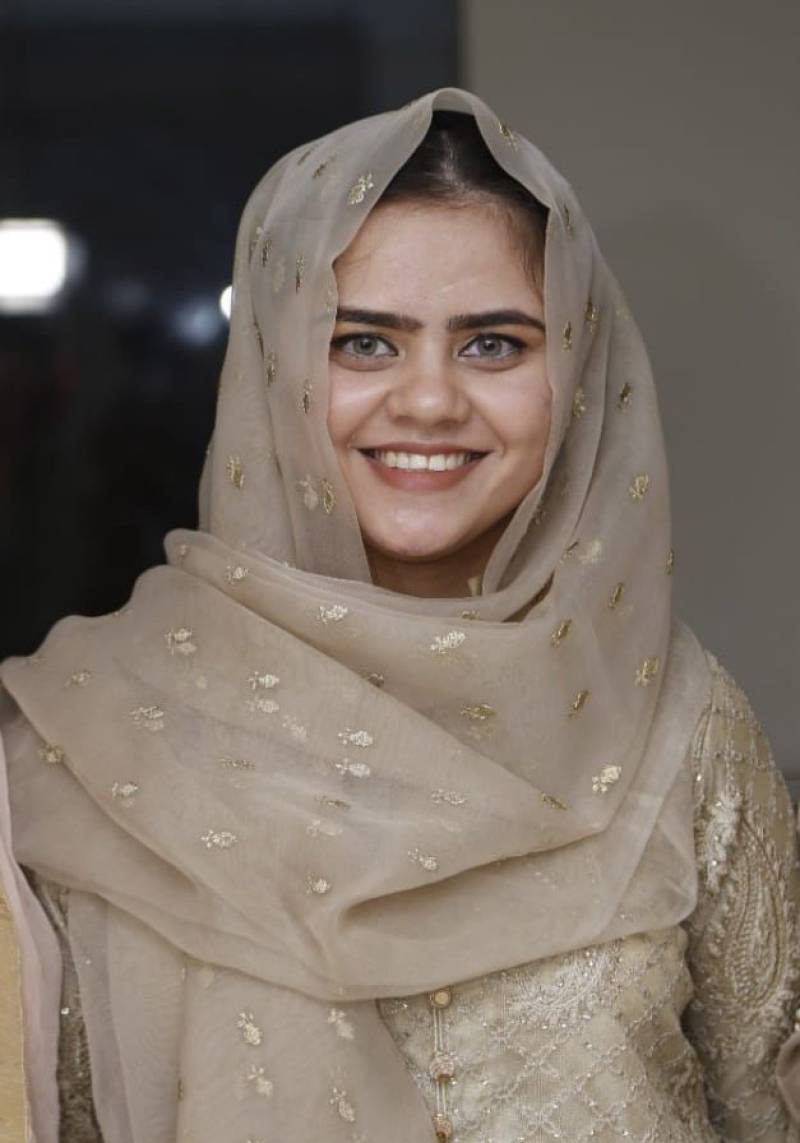 NEW YORK – Success follows in the footsteps of those who work hard with patience and perseverance in any field of life and aspire to do something in the future. And, of course, hard work and commitment lead those who are constantly striving to reach their destination.

Mahrukh Chohan, 23, a resident of Mohallah Islamabad in Kharian tehsil of District Gujrat of Pakistan, has also achieved great success by securing 73rd position in the CSS examination this year, 2022. She has been allotted CSS (50th Common) Pakistan Customs Service Group (PCS).

Mahrukh Chohan is the daughter of former Major (r) of Pakistan Army Muhammad Akhtar Abid Chohan. She received education in various cantonments of Pakistan due to her father's transferred posting during her studies, she changed about ten high schools. But despite this, she continued her journey of success.

Speaking in an exclusive interview with Daily Pakistan on WhatsApp, Chohan said that her family is mainly from Islamabad in Kharian tehsil of Gujrat district of Pakistan but she has been living in Bahawalpur for the last ten years. She has two sisters and a brother.

One of the elder sisters is a doctor. She has recently done FCPS (Part One). While the younger sister is in the fourth year of MBBS. And the younger brother is a Quran memorizer (Hafiz) and a first year student.

Referring to her academic credentials, she said: "She has a BS in Accounting and Finance from National University of Science and Technology (NUST) Islamabad. She was to graduate in 2020 but did not complete her final semester on time. The university was closed for code-19 and then later the university took the online exam."

Chohan mentioned that she started preparing for CSS during Covid pandemic. In a way, compassion turned out to be a good thing for me as I got a chance to qualify CSS. In June, 2020, I graduated, and in February, 2021, I submitted my CSS papers, she said.

"I did all CSS preparations on myself."

Whatever material you find on the internet nowadays. The material related to an article is easily available. You hardly need to go anywhere else. When I finally made all the preparations. A month before the exam, I checked my papers in the style of mock exams at a local regular academy."

The difficult stage of CSS written exam is generally considered as Essay and Precis Paper of 200 Marks, as 98% of the candidates fail in the essay and precis during the written test. How did you prepare it? In this regard, Chohan said that she had also prepared this part on my own.

"However, I used to take the help of an English professor online for essay writing, whom I used to write essays on while practicing essay writing. He checked my essay assignments and pointed out errors. At precis, I worked hard. Because later when the exam took place, the paper along with prices paper was also very difficult. Most of the candidates fail in English portion subjects. I was well aware of this. So I tried my best to prepare."

When asked if she passed CSS on her will or did her family inspire her to do that, Chohan said: "Since childhood, I had the passion to grow up to become a lawyer or a judge. The idea of doing CSS came in my mind after matriculation and I had to do it."

After Inter, she also had a bachelor's degree in Accounts, Finance and Business Management as having these subjects in CSS would benefit her.

Another thing she saw her father in the army. "I was interested. That's what I decided to do."

However, her other two sisters are doctors.

Is it difficult to pass CSS?

In response to this, Mahrukh said she feels that regardless of studying and reading books, it is a test of your nerve how much pressure you can bear more than reading books etc in the preparation of CSS. "At least six or seven months, you sit in the room for preparations. Preparing for exams, while your other classmates are busy with jobs or other matters, and you move from one exam to another, which is quite a tolerable task."

Chohan says that the journey of CSS is not easy. "It requires motivation, positive thinking and commitment. Have to read every day. Then during the exam you have very less time for one paper after another. This is all time management. It's not impossible at all but of course difficult."

Which optional subjects did you take in CSS?

How was the interview experience after the written test?

Chohan says her interview was very good. "It was a twenty-five minute interview. I got 170 marks out of 200. There were four people in the interview panel who were very helpful during the interview.”

"If I got stuck or forgot, they would ask the same question from another angle. If I said sorry sir! They try to say that this is what happened that year. That incident also happened the same year. That's what I remember. Most of my interview was on Indo-Pak history. Many other side questions were also asked."

After the interview, did you realise that you would qualify for CSS?

In response, to the question Chohan said: "To a large extent, you can get an idea from the attitude of the people in the panel and the face readings. I had also guessed from my interview that I would qualify.

"About priority list my second priority was Pakistan Customs, thankfully I got the same group."

"Because of the nature of the customs work, I made it the second option while the foreign service was the third priority."

Would you like to give some advice or suggestions based on your experience to people who want to do CSS and are new to it?

"Don't go into this exam or any other exam thinking it won't happen to me. It's very tough. Always be positive. If you are determined to do something, you will do yes, but you should, you have to work hard for it, you have to struggle.

"If for some reason it doesn't, there is much more to offer. Do not give up, the most important thing is to have faith in Allah. Do your best. Success and failure comes from Allah."

“Apart from the grace of Almighty Allah, my parents, siblings and close friends have also contributed to my success. They all encouraged me. Their prayers and inspiration have been very helpful to me. The most positive thing was the provision of 'comfort zone' by her family especially, during her exams. Blessings of Allah Almighty, may the prayers of parents and friends be with me due to all that it was possible."

Talking about his daughter's success, Akhtar Abid Chohan's said he and his family are very happy with Mahrukh's success. He was 100% sure that Mahrukh would qualify CSS, because she was planning and preparing for CSS exam since matriculation.

"She also kept graduate subjects which could help her in the examination. Mahrukh cleared the competitive exam without wasting a single day after graduation and passed by the grace of Allah."

Mr Chohan says he has always given complete freedom to all his children to study whatever they want. He and his family are proud of their daughter's remarkable achievement.

According to the data released by the Federal Public Service Commission, a total of 17240 candidates took part in the CSS 2021 examination. The results were declared in February 2022.

Tahir Mahmood Chaudhry is a journalist and blogger based in New York. He works for Daily Pakistan as United Nations/New York Bureau Chief. He has written on national and international relations for more than two decades. He can ...