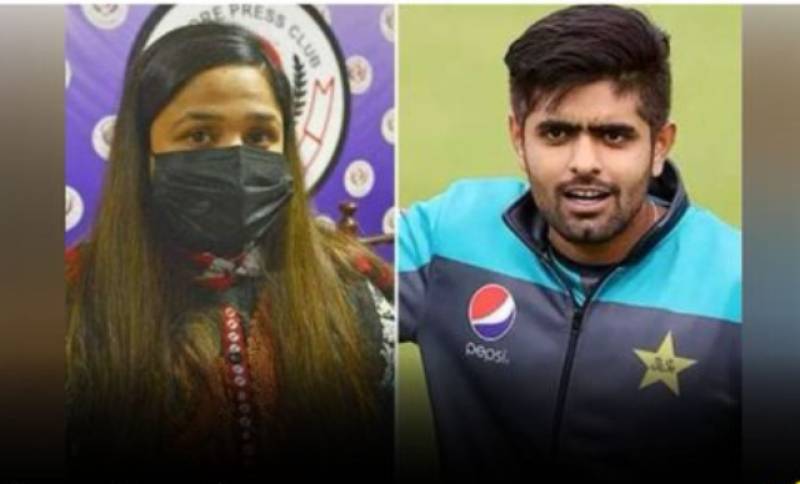 Hamiza Mukhtar, who claims to be a former neighbour and class-fellow, approached a Lahore’s Sessions court for registration of a case against Pakistani skipper who she claimed had been exploiting her for almost ten years.

On her complaint, Additional Sessions Judge Nauman Muhammad Naeem has sought a report from Naseerabad SHO on the status of her request to register a case.

Meanwhile, the alleged victim has filed another petition against the cricketer’s family members in which Babar Azam, Muhammad Azam, Faisal Azam, Kamil Azam and Muhammad Naveed have been nominated on the charge of harassment. The judge also sought a reply from SP Complaints on the petition by December 5.

Over the weekend, in an explosive presser, the mid-age woman maintained that Babar had promised marriage to her in 2010, but later did not live up to his word as he became a famous cricketer.

The woman went on to assert that she went on to support Babar financially when he had not made it big as a cricketer.

She also claimed that Babar physically abused her and threatened her if she went to the police.

"He promised to marry me, he got me pregnant, he beat me up, he threatened me and he used me," the woman can be heard saying in the video.

Hamiza insisted that she provided huge financial support to Babar with her beauty salon income.

Flanked by her lawyer Abdus Sami, the woman further said that neither the police nor Pakistan Cricket Board has responded to her complaints against the cricketer despite repeated requests.

The country’s cricket board (PCB) is yet to make a statement on this matter.

Babar is currently with the Pakistan squad in New Zealand as the side prepares to take on the Kiwis in three T20Is and two Tests.

The 26-year-old is the only player to be among the top five ICC rankings across all formats.