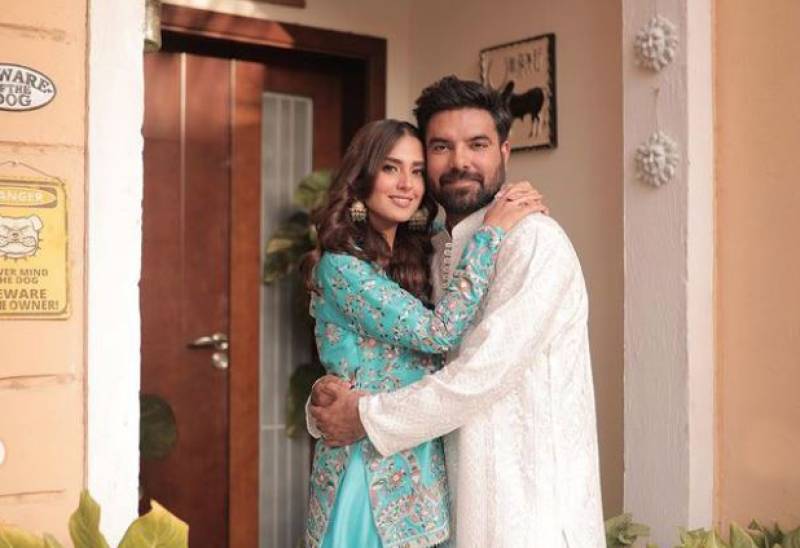 Pakistani screenwriter, and actor Yasir Hussain has been directing his better half Iqra Aziz in upcoming murder-mystery ‘Aik Thi Laila’.

Revealing his working experience with wife Iqra, the Javed Iqbal star called latter a wonderful actor, saying she was a great person to work with. He added that this is any director’s dream cast.

The upcoming project produced by Hina Amaan will hit small screens in October this year.

Apart from her successful acting endeavors, Iqra's fame skyrocketed with her hard work and beautiful looks. She rose to fame with the blockbuster drama Khuda Aur Mohabbat 3 which amassed more than two billion views on the video streaming platform.

Hussain made his Lollywood debut as Moti in the film Karachi Se Lahore written by himself and directed by Wajahat Rauf. He also acted in several television serials.