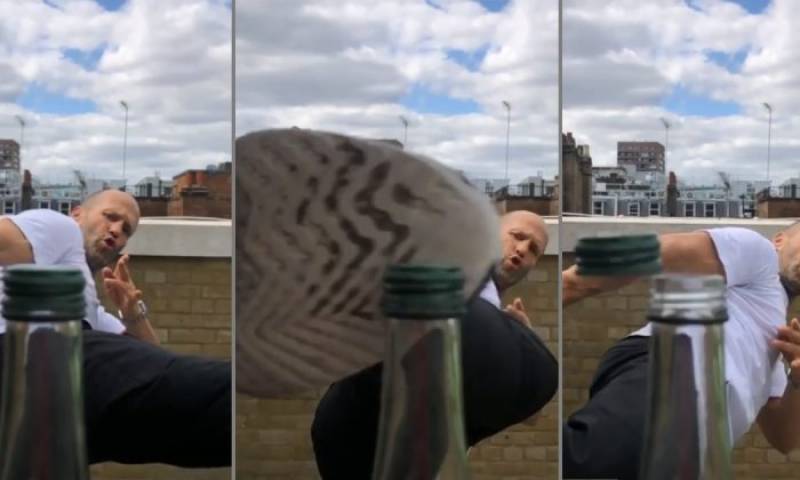 LAHORE - The Bottle Cap Challenge is the lastest trend getting viral on social media these days. The new challenge requires people to side-kick the cap off a plastic bottle of water, placing the item on a flat surface and full unscrewing the top with a roundhouse martial arts kick.

The challenge gained traction when acting star Jason Statham posted a slo-mo video of him taking part, whilst other Hollywood stars have followed suit. The challenge originated on June 25, courtesy of Taekwondo fighter and instructor Farabi Davletchin.

Actor Jason Statham, who is known for his action-thriller roles, attempted the challenge first, spinning and kicking the cap off of a bottle after he was challenged by American singer John Mayer to it.

Last summer, the internet took to the In My Feelings Challenge as people danced in the streets to the Drake track (KiKi Challenge).

The Mannequin Challenge also went viral in late 2016, featuring videos of people remain frozen in action like mannequins with the son "Black Beatles" by Rae Sremmurd playing in the background.

But the Bottle Cap Challenge is the latest stunt proving popular and requiring a level of skill to complete.

Will you be taking this challenge too? Let us know in the comments section below.