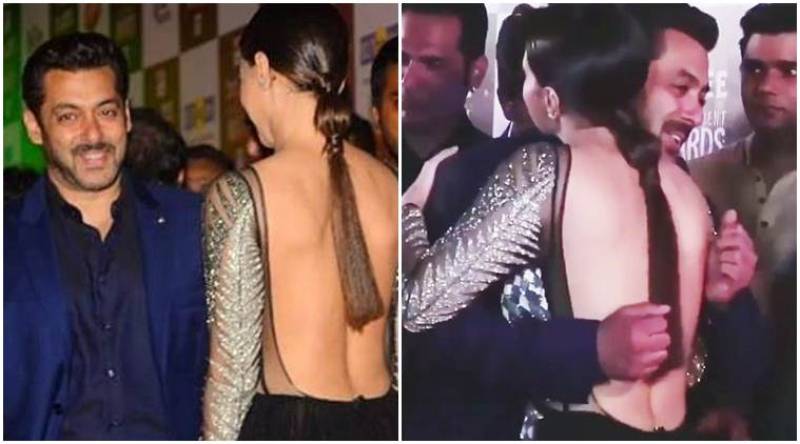 A recent photo of Salman Khan hugging ex Big Boss contestant Sana Khan has been making rounds all over social media. The two were spotted on the Red Carpet of the Big Zee Entertainment Awards, inching closer towards each other for a hug, but what caught our attention was the way Salman hugged her uncomfortably with closed fists.. like the total shy boy that he is!

Ever since then, fans are contemplating that the situation was probably so because Sana was sporting a backless dress. Others, however, are going crazy saying things like, "Bhai was just shy."

On the work front, Salman Khan is back in Mumbai after wrapping up the shoot of Tiger Zinda Hai with Katrina Kaif in Morocco. The two are all set to be flying to Abu Dhabi again where they will be shooting the last schedule of the film, signed up for a Christmas release this year. As a sequel to the hit film Ek Tha Tiger, audiences are sure this one is going to be a blockbuster.