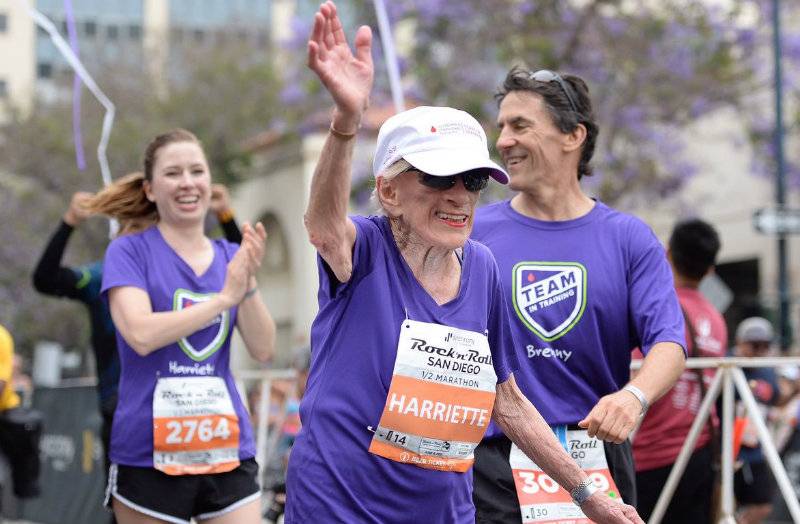 SAN DIEGO - A 94-year-old woman has set a new world record by finishing a half-marathon in the United States.

Harriette Thompson made history as the oldest woman ever to finish a half marathon. She crossed the finish line of the Synchrony Financial Rock ‘n’ Roll San Diego Half Marathon all smiles and waves. 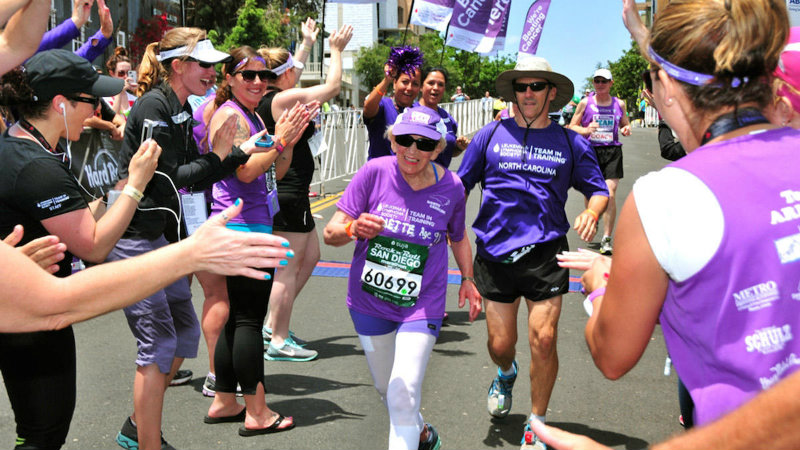 In 2015, Thompson set the still-standing marathon world record, becoming the oldest woman to finish a 26.2-mile race at age 92.

Over the past two years, Thompson battled squamous cell carcinoma, a condition which prevented her from returning to the race in 2016. After immune therapy treatment and difficult skin graft surgery, Thompson recovered and eventually returned to running.

She wasn’t able to get her mileage up in time to train for a full marathon, so decided to tackle the 13.1-mile distance - a feat that many people one-third of her age have difficulty achieving.

Through running, the two-time cancer survivor has raised over $100,000 for the Leukemia and Lymphoma society and raised over $17,000 this year alone, the Women’s Running magazine reported.

Leading up to the race with her son, Benny, by her side, Thompson said that she was happy to run for Team in Training and to motivate people along the way. 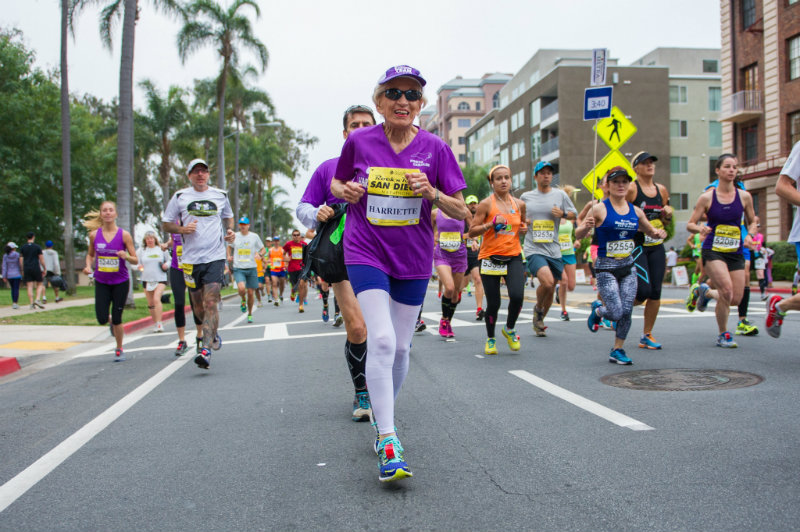 Thompson said, “It’s amazing to me that people are making such a deal about this. At age 94, I guess they don’t expect you to be able to do much, but I’m really thrilled that I can help Leukemia and Lymphoma.”

The retired pianist from Charolette, North Carolina, who has performed at Carnegie Hall, says it’s much more difficult to prepare for a concert than a race. And with a finishing time of 3 hours, 42 minutes and 56 seconds, she made the half marathon look easy, crossing the line with energy to spare.