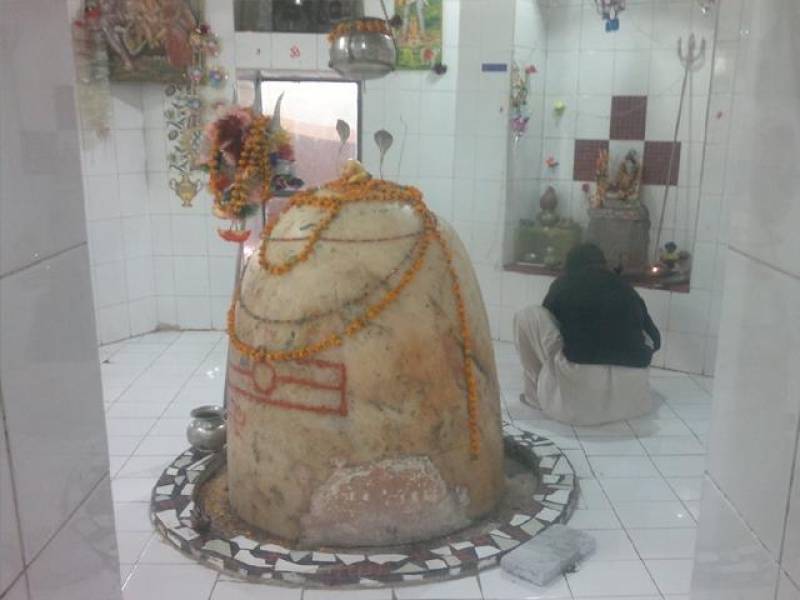 SWAT/KARACHI (Web Desk): The Hindus on Tuesday began celebrations for Shivratri - a three-day festival, in which they remember their lord Shiva and celebrate his marriage to Parvati.

Hindu pilgrims from all over Pakistan and abroad made their way to the ancient Shiva temple in Gandhian, Mansehra to celebrate the occasion. Pilgrims began their 24-hour-long fast at midnight on February 17 and held vigils throughout the night, adorning themselves with henna, singing devotional songs, praying for their well-being and giving the ancient 8-foot tall Shiv Ling – a black stone used as a representation of Shiva – a bath with milk.

Pilgrims who arrived at the Shiva Temple thanked the government of Pakistan for the fool-proof security provided and said they felt comfortable knowing there is security presence for them.

The Shiva Mandir in Chitti Gatti, a small settlement near Gandhian, Mansehra, is one the oldest Hindu temples in Pakistan dating back to the pre-partition era. It is not certain when the temple was first erected on the site but experts believe the Shiva Lingam (black stone) at the temple is 2000 years old. It is also the third largest temple in the world due to the size of the Shiva Lingam. The temple became derelict over time and has seen restoration work done in the past and also after the 2005 earthquake that ravaged Pakistan.

In Karachi, Hindu pilgrims celebrate Maha Shivaratri at the 150-year-old Shri Ratneshwar Mahadev Mandir. The temple is decorated with flowers and balloons.