Modi's suit with his name on it to be auctioned 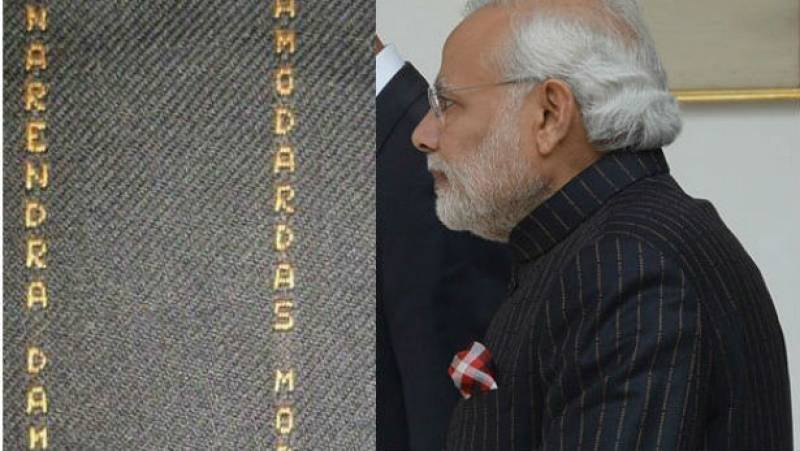 NEW DELHI (Web Desk): Indian Prime Minister Narendra Modi's monogrammed pinstripe suit with his name on it will be auctioned in Surat on Wednesday, ANI reported on Tuesday.

Modi wore a monogrammed pinstriped suit with his name - Narendra Damodardas Modi - forming the stripes at a function during the visit of US President Barack Obama in January. The auction of the suit will go on for three days.

The proceeds of auction will go to the Namaami Gange Trust Fund. As chief minister of Gujarat, Modi had held similar charity auctions of gifts.