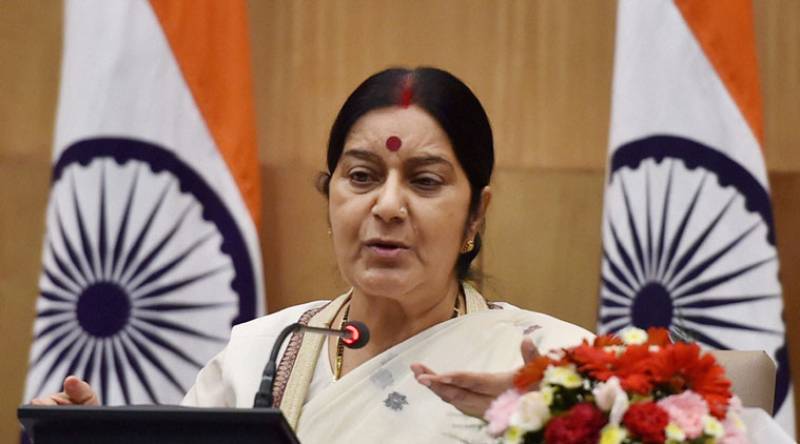 “This is completely not true, India signed the Paris agreement not because of any pressure or out of greed. We are committed to the environment, and this commitment is 5,000 years old. We worship nature. It is in Indian ethos. I clearly dismiss both accusations.”

Addressing the annual press conference of her ministry to highlight the achievements of the Modi government over the last three years, Swaraj said, “80,000 people stranded abroad were brought back to India in the last three years.” She added that the Foreign Direct Investment (FDI) has registered an increase of 37.5 per cent since NDA government took over three years ago, Indian Express reported.

She added that several measures and improvements have been introduced in the passport facility. Swaraj said, “CPEC is about sovereignty. Kashmir is an integral part of India, no question of compromise.”

She said that India will not be impacted by some Gulf countries cutting off diplomatic ties with Qatar. “There is no challenge arising out of this for us. This is an internal matter of GCC (Gulf Coordination Council). Our only concern is about Indians there. We are trying to find out if any Indians are stuck there,” she told reporters.