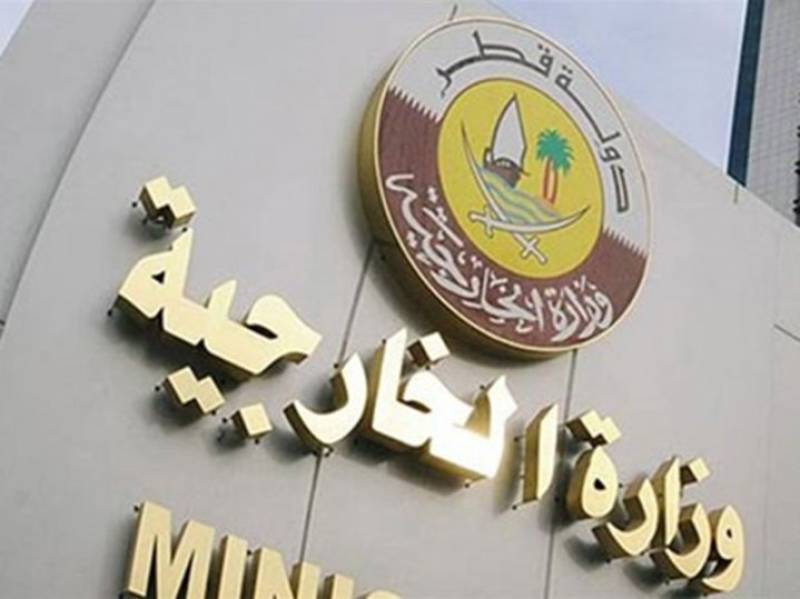 DOHA - Qatar's Foreign Ministry on Monday has expressed deep regret over the decision of Saudi Arabia, Bahrain, the United Arab Emirates' and Egypt to break diplomatic ties with it.

The Arab countries took measures on baseless claims and allegations, the foreign ministry said in a statement.

The ministry added that such attempt by fellow Gulf nation would not impose any negative impact on lives of its citizens and residents.

Being a member of the Gulf Cooperation Council (GCC), Qatar respects the sovereignty of other states and avoid interfering in their internal matters.

ISLAMABAD - Pakistan has no immediate plans to cut diplomatic ties with Qatar, the Foreign Office spokesperson said on ...

Saudi Arabia’s official state news agency, citing an official source, said the Kingdom had decided to break relations with Qatar “proceeding from the exercise of its sovereign right guaranteed by international law and the protection of national security from the dangers of terrorism and extremism”.

Bahrain, a close ally of Saudi Arabia, said it cut relations “on the insistence of the state of Qatar to continue destabilizing the security and stability of the Kingdom of Bahrain and to intervene in its affairs.”

It has given 14 days time to all citizens to leave Bahrain.

Later, the UAE announced that it would break relations with the fellow Gulf country over allegations of  supporting extremism and undermining regional stability. The Emirates gave diplomats 48 hours to leave the country.

Egypt also decided to close all air and sea routes for Qatar.