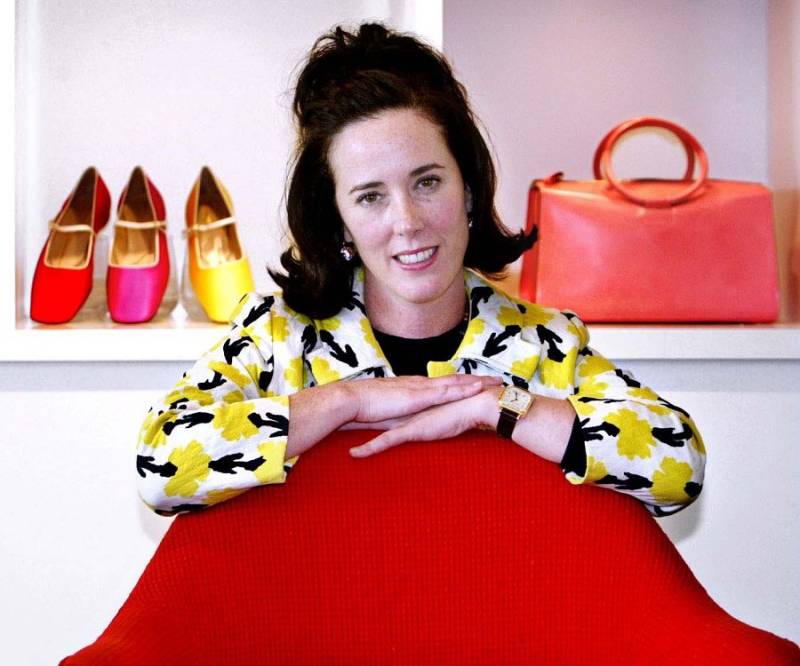 NEW YORK - The handbag and fashion designer Kate Spade has been found dead in New York in an apparent suicide at her home, according to law enforcement officials.

Officials say the body of the 55-year-old businesswoman was found by housekeeping staff inside her Park Avenue apartment at about 10.20am on Tuesday. They say she left a note at the scene. The officials were not authorized to divulge details of the investigation and spoke to the media on condition of anonymity.

It is not known when she died, and the city’s medical examiner will perform an autopsy. Tributes to the designer and her signature jaunty but practical bags began flooding on to social media almost immediately after the news became public, many from women who recalled poignantly how her distinctive style had brightened their youth.

Spade created a line of sleek handbags in the early 1990s that created a smash on the world fashion scene.

Her brand, Kate Spade New York, has more than 140 retail shops and outlet stores across the US and more than 175 shops internationally. She sold the last of her shares in that concern in 2016 and launched a new fashion brand called Frances Valentine. She changed her name to Katherine Noel Frances Valentine Brosnahan Spade, she said in an NPR interview this year.

Spade, who was born in Kansas City, Missouri, launched her company with husband Andy in their New York apartment in 1993. She walked away from the company in 2007, a year after it was acquired from the Neiman Marcus Group for $125m by the company was then known as Liz Claiborne Inc.

Chelsea Clinton, the daughter of Bill and Hillary Clinton, paid tribute to the fashion designer via Twitter.

“My grandmother gave me my first Kate Spade bag when I was in college. I still have it. Holding Kate’s family, friends and loved ones in my heart.”

My grandmother gave me my first Kate Spade bag when I was in college. I still have it. Holding Kate’s family, friends and loved ones in my heart.