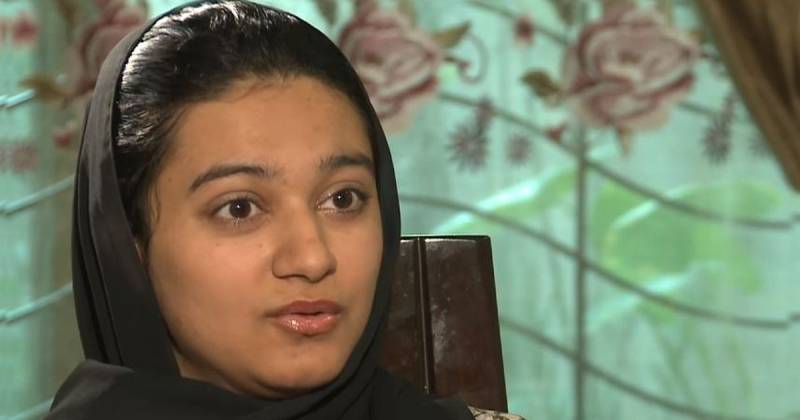 LAHORE-  Yesterday the court released the attempted murderer after hearing who had stabbed 23 times in neck to a law student Khadija Siddiqui.

People were in shock by the court decision and many stars also showed their support and demanded justice through their social media accounts.

Khadija was being stabbed by her own class fellow  Shah Husain in Lahore in May 2016 in retaliation for her refusal of his advances. While he was sentenced to five years in prison for attempted murder, the sentence was overturned yesterday and Husain now walks free.

Let's look at some of the tweets which are under the trending tag #JusticeforKhadija :

And if it is the game of power, then so be it. Because there is nothing more powerful than when people come together united for a cause against those in power. We are with you @khadeeeej751 #justiceforkhadija

Shah Hussain, who was found guilty last year of brutally stabbing @khadeeeej751 23 times, has just been acquitted by the Lahore High Court. Shameful day for Pakistan. Please support her and her lawyer @HniaziISF as they continue this fight.#WeareWithKhadija #JusticeForKhadija pic.twitter.com/4ubzCgz3Py

WHAT THE HELL? I am hearing that attacker of #KhadijaSiddiqi who stabbed her 24 times has been acquitted by Lahore High Court???? If this is true, then we must all unite & be Khadija's voice & leave no stone unturned to get her justice against this barbarian! #WeAreWithKhadija pic.twitter.com/BimkvEK8Z5

I want to remind Justice Ahmed Naeem that this is not 2005 & we will not let the culprit of such a heinous crime get away with it. We demand justice for khadija & many more who suffer & the perpetrators are acquitted !!! #KhadijaSiddiqiCase #westandwithKhadija

We highly agree with the celebrities and demand justice for Khadija and more people who suffered such brutal and inhumane acts.