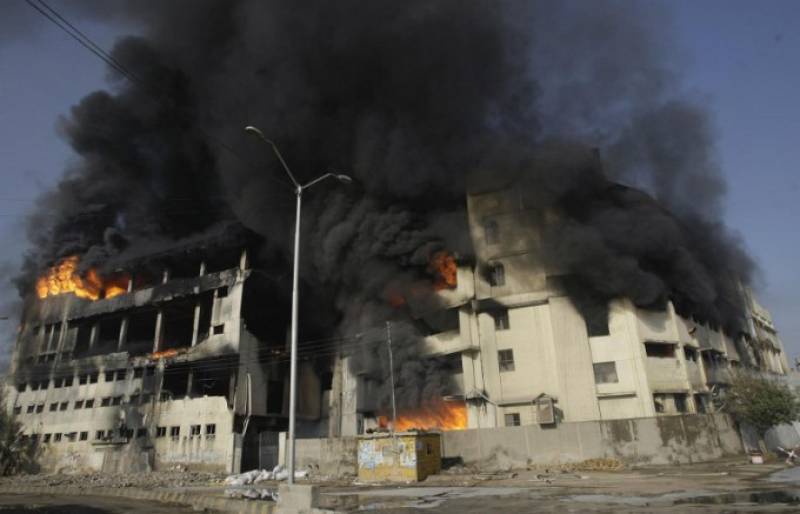 Muttahida Qaumi Movement (MQM) members including Hammad Siddiqui, Farooq Saleem and six others were allegedly suspects behind the country’s deadliest fire, According to a report submitted by police officials before the trial court.

On directives of the then MQM leader Hammad Siddiqui, Korangi Sector in-charge Rehman Bhola had demanded extortion of Rs 20 crore from the factory owners,the report revealed.

The factory owners met MQM leaders at ‘Nine Zero’ but the extortion money could not be reduced.

The factory was set on fire by using chemical on the directives of a MQM leader Hammad Siddiqui. Six factory employees, who have political affiliation, were also involved in carrying out the act, the report added.

The government lawyer asked the court to order registration of a fresh FIR in the light of JIT report.

The court asked police why accused Mansoor was not arrested so far. The judge remarked that it was not an ordinary case that you easily told the court its order could not be implemented.

The judge adjourned the hearing till March 22. Over 250 workers perished inside the locked premises of Ali Enterprises in Baldia on September 11, 2012.