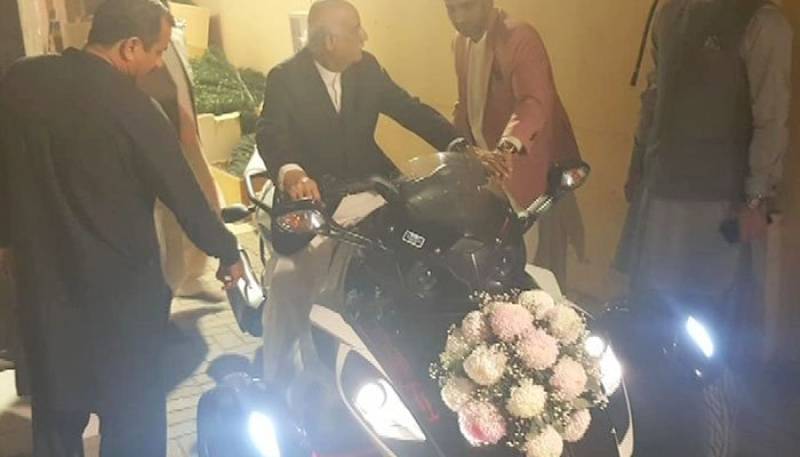 KARACHI - The leader of the Opposition in National Assembly, Khursheed Shah, brought his son to his wedding function (Mehndi) on a sports bike adorned with flowers on Monday, leaving the guests in awe.

Shah’s son, Zeerak Shah, is tying the knot with the daughter of ex-parliamentarian Mohammed Khan Junejo.

The function was held near Shahra-e-Faisal and attended by several senior government officials, parliamentarians and Pakistan People’s Party members. 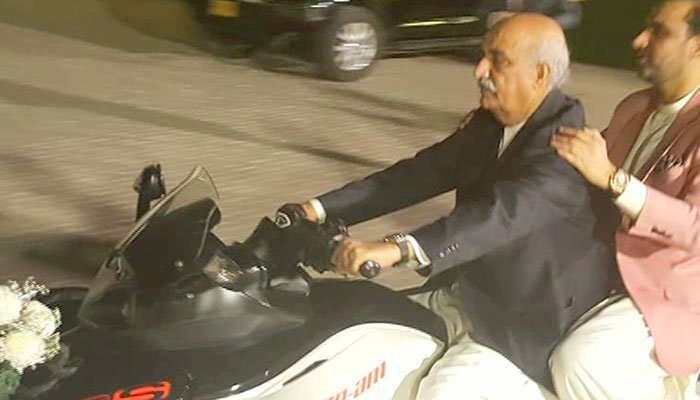 Classical singer Rahat Fateh Ali performed at the function, which was attended by thousands of people.

Khursheed Ahmed Shah began his political career as the member of the Provincial Assembly of Sindh in 1988 and had been a member of the provincial cabinet, in various positions. He has been inducted into the federal cabinet thrice between 1993 and 2013. From 2012 to 2013, he also served as the parliamentarian leader of the PPP in the National Assembly.