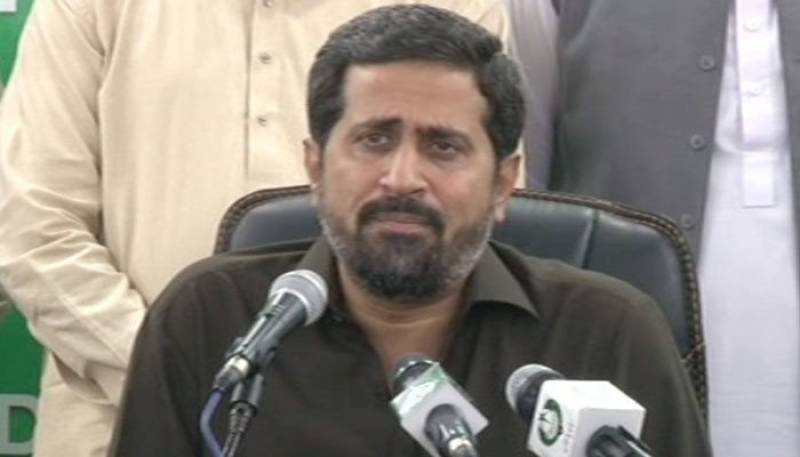 ISLAMABAD - Punjab Information and Culture Minister Fayyazul Hassan Chohan has apologised for his anti-Hindu comments and clarified that he was addressing Indian Prime Minister Narendra Modi and their media not the Hindu community in Pakistan.

After receiving severe criticism from senior members of his party's government and social media users the provincial information minister said that "I apologise if my remarks hurt the Hindu community in Pakistan."

#PTI Social Media condemns derogatory remarks. We respect all religions, Quaid said, “You may belong to any religion/caste/creed, that has nothing to do with business of State”, on same principles @ImranKhanPTI has always given minorities status they rightly deserve in Pakistan🇵🇰

He further said that "I will respond befittingly to whoever looks at my nation with a dirty eye. Every last drop of my blood is for my nation."

Earlier, Special Assistant to Prime Minister Imran Khan Naeemul Haque tweeted that the Pakistan Tehreek-e-Insaf (PTI) government will not tolerate this nonsense, adding that action will be taken after consulting the Chief Minister.

The derogatory and insulting remarks against the Hindu community by Fayyaz Chohan the Punjab Info Minister demand strict action. PTI govt will not tolerate this nonsense from a senior member of the govt or from anyone. Action will be taken after consulting the Chief Minister.

Hindus of Pakistan are as much a part of the fabric of the nation as I am. Remember the flag of Pakistan is not just green....its not complete without the white which represents the minorities. Quaide Azam's whole struggle was for a country free of discrimination

Absolutely condemn this. No one has the right to attack anyone else's religion. Our Hindu citizens have given sacrifices for their country. Our PM's msg is always of tolerance & respect & we cannot condone any form of bigotry or spread of religious hatred. https://t.co/uOTeyEg4Pb

Following severe criticism, the provincial information minister said that "My remarks were in no way directed at Pakistan's Hindu community."

The Punjab information minister had come under severe criticism from the social media users with #SackFayazChohan trending on Twitter for his anti-Hindu remarks.