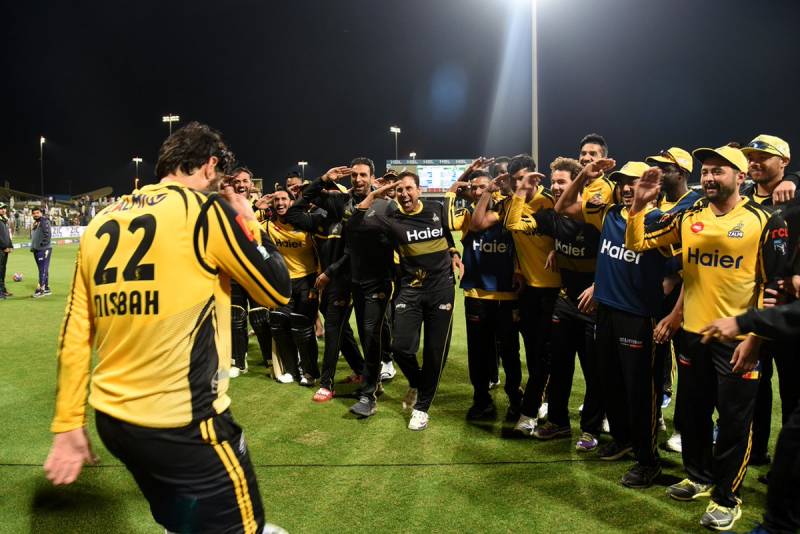 In response, Peshawar Zalmi clinched the target with one ball and four wickets in hand as Misbah scored 59. He was also awarded the Man of the Match award.

A remarkable bowling performance led by @tmills15 help Zalmi to restrict Qalandars to 124 only.
Lahore bowlers need to bring a #DamaDamMast game to win this one. LIVE: https://t.co/AvvNVO1kH6#HBLPSL #KhelDeewanoKa #LQvPZ pic.twitter.com/Oy5EF4GhMK

Both teams had earlier clashed on Feb 17 at Dubai where Peshawar Zalmi defeated Lahore Qalandars by seven wickets.

Despite loss to Quetta Gladiators last night, Zalmi are placed on the second spot with 10 points.

Qalandars have so far won three matches and lost four from seven matches whereas Peshawar Zalmi won five and lost three from their eight matches.

The last day of the #HBLPSL 2019 in the UAE and here are the team lineups for the first game, #LQvPZ.#KhelDeewanoKa pic.twitter.com/cvzMOori82