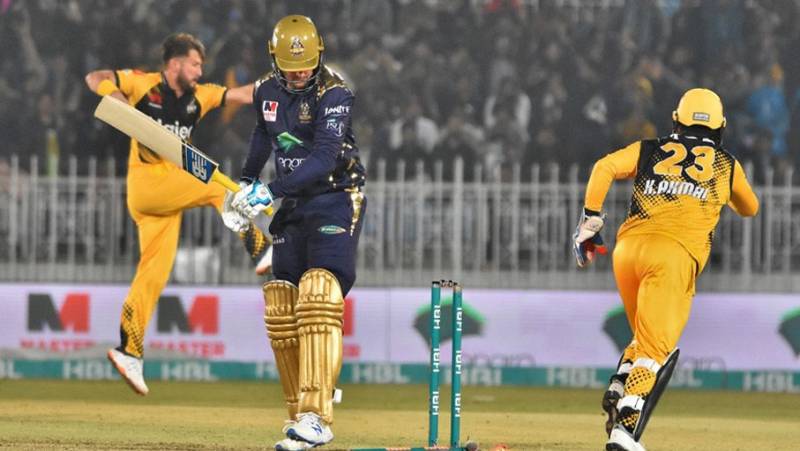 Quetta Gladiators captain Sarfaraz Ahmed won the toss and as expected chose to field first in a match reduced to 15 overs after a 90-minute delayed start due to a wet outfield.

Last year’s finalists Quetta Gladiators and Peshawar Zalmi clash at the Gaddafi Stadium looking to get back to winning ways after losing their previous fixtures.

The two sides have had mixed results this year and currently sit in fourth and fifth place, with Quetta Gladiators one point ahead with six points from six games as compared to Peshawar Zalmi’s five points in six games.

Peshawar Zalmi had won the first time these two sides clashed this season in Karachi, triumphing comfortably by six wickets.