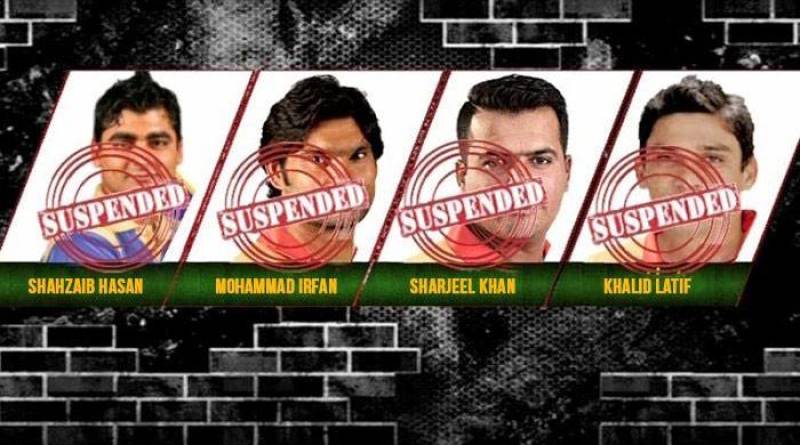 ISLAMABAD - The Federal Investigation Agency (FIA) on Sunday asked the interior ministry to put the names of the five players, suspended for alleged involvement in spot-fixing during Pakistan Super League 2017 on the Exit Control List (ECL).

"The agency has written a letter to Interior Minister Chaudhry Nisar in which it has requested that the names of Sharjeel Khan, Khalid Latif, Mohammad Irfan, Shahzaib Hasan and Nasir Jamshed be included on the ECL", Geo News reported while quoting sources.

The Interior Ministry has received the aforementioned letter, the sources said.

Sharjeel and Latif, who were suspended during the opening week of the PSL for suspected links with an international fixing syndicate, face a minimum five years’ ban.

Nasir Jamshed, who resides in the UK, was suspended during PSL after the PCB said it had 'concrete evidence' against the former opener.

He was also arrested along with another suspect by Britain's National Crime Agency last month as part of investigations but later released on bail, according to reports.