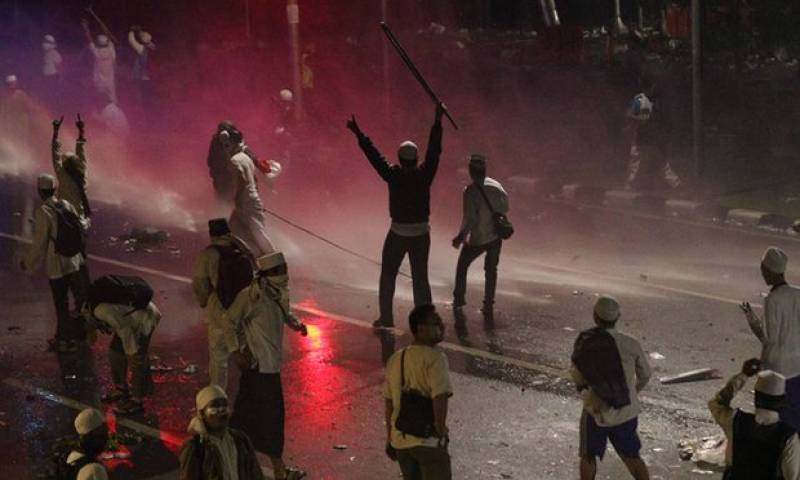 JAKARTA - Indonesian President Joko Widodo on Saturday postponed his visit to Australia on Saturday after violence erupted at a mass rally against a Christian mayor accused of insulting Islam.

Widodo had planned to use his Nov 6 to 8 visit to Australia to cement improving ties, with a focus on economic and maritime cooperation and efforts to counter Islamist militancy.

"Looking at the latest situation and condition in Indonesia that require the presence of the president, President Joko Widodo decided to postpone his scheduled state visit to Australia," a statement from his office said.

The protest against Purnama, the first ethnic Chinese to hold the position of Jakarta governor, was largely peaceful but in the evening the crowd grew restive and police restrained them with tear gas and water cannon fire.

Police also have arrested 10 people thought to have instigated the violence at the rally.

Widodo has faced criticism for failing to rein in hardline groups that had promised for weeks to bring tens of thousands onto the streets of the capital, and during Friday's protest his office said he was inspecting a rail project at the airport.

At a news conference after midnight on Friday, he blamed "political actors" for fanning popular anger over city Governor Basuki Tjahaja Purnama, who is standing for re-election in February, competing with two Muslims for the job.

The governorship of the capital is a powerful position and one held by Widodo before he became president two years ago.