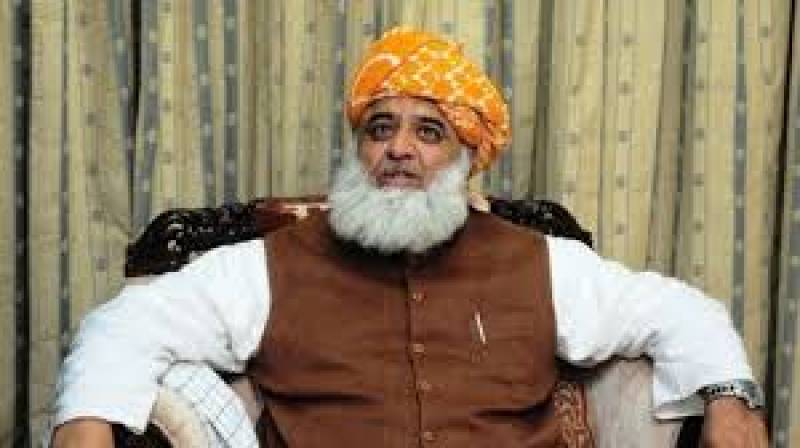 ISLAMABAD - Jamiat Ulema-e-Islam-Fazl chief Maulana Fazlur Rahman has urged the government to announce fresh elections in the country if it wants to resolve the issues with opposition.

Addressing the participants of the so-called Azadi March sit-in, which is continued in the federal capital since Oct 31, the JUI-F chief said: We reject the government's recommendation to establish a judicial commission to investigate rigging in the 2018 general elections". He maintained his demand for new elections in the country.

"Now it is up to you how sooner you decided on holding the election," Rahman stated his while speaking on the behalf of the opposition parties.

The JUI-F head also highlighted the issues of missing persons, saying "So many people have been picked up citing accusations of terrorism and remain missing today".

"Does any institution have the right to arrest someone on mere suspicion?"

He went on to say that if the picked people are criminal, they should be brought before the court for legal proceedings against them.

The fears of accountability have brought the bureaucracy's functioning to a standstill as they are afraid of even signing a project.

The ‘Azadi’ March caravan, which set off from Sindh, had reached Islamabad on October 31 to topple the government of Pakistan Tehreek-e-Insaf (PTI).

However, the premier has hinted at accepting all demands of the protesters in accordance with the Constitution but refused to tender resignation.