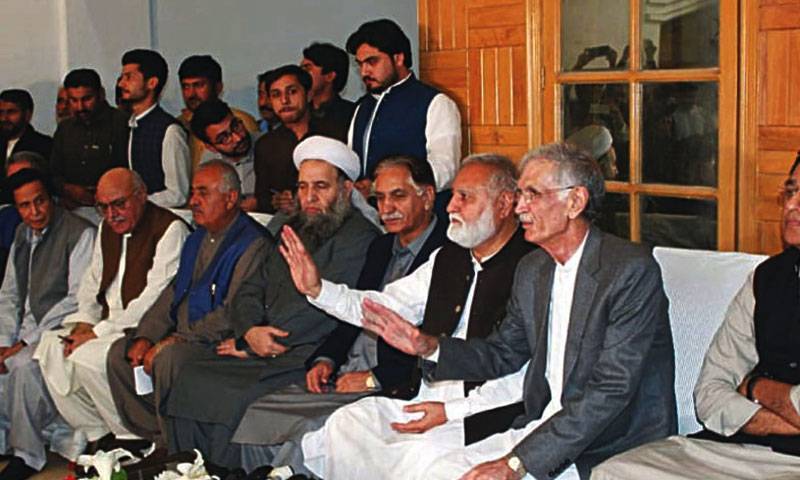 According to media details, the government committee will meet the Rahbar Committee in Islamabad.

Earlier, speaking to the media the government team leader Khattak expressed the hope for good results in today's meeting and said that the opposition is adhering to the agreement it had signed with the government.

On the other hand, Rahbar Committee Head Durrani said that they had presented demands of the opposition to the government and detailed discussions were held in this context.

Earlier, JUI-F chief Maulana Fazlur Rehman had extended the two-days ultimatum given to Prime Minister Imran Khan to step down amid ongoing Azadi March where thousands of protesters have converged on the federal capital.

The opposition parties on Monday unanimously decided to continue with their protest in the federal capital following the All Parties Conference (APC), with their resolution to be announced during the rallies by JUI-F chief.

Meanwhile, the Pakistan Muslim League-Quaid (PML-Q), a strong ally of the Pakistan Tehreek-e-Insaf (PTI) at Centre and in Punjab province, has geared up efforts to bring the ongoing opposition's sit-in against the government to a peaceful end through negotiations.

Talking to media, Chaudhry brothers said that they have come here for reconciliation between the government and protesters, adding, "All issues can be settled through reconciliation". But it is not clear if they have been assigned this task by the premier.

They hoped that there would be an amicable resolution for the ongoing agitation.