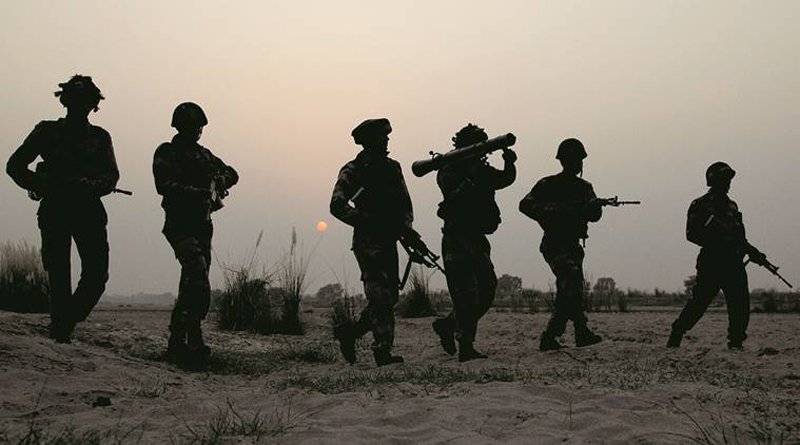 SRINAGAR - Amidst a hot debate in India over whether the government should be releasing “evidence” of the surgical strikes, controversy has been stirred as some prominent politicians have started contesting the authenticity of the claims.

MLA from Langate in occupied  Kashmir's Kupwara district has claimed that since the last three days, the Army was making footage of fake strikes in Leepa Valley in his constituency in order to show them as proof of the surgical strikes.

He alleged that there had been no firing at two of the five places where the Army claimed that it conducted the strikes.

"Fake targets are being made and I want to tell the whole world that if they show some proof, it is of Leepa and is fake and we can prove it," he said.

"Two of the five places are in my area. I tried to know from the people and to the best of my knowledge, there has been no firing there for the past 20 days," the legislator said.

He alleged that strikes were a "drama to divert the attention from Kashmir."

"You (Army) claim to be a credible organisation. You should not enact drama for politicians, by virtue of which your credibility may get lost," he said. The MLA said Pakistan took international media to the LoC to show them that no such strikes were carried out.

Another Independent Kashmir legislator Er Rashid on Wednesday claimed that Indian army was making a video of a fake operation in Leepa valley in frontier district of Kupwara to present it as evidence of its claimed surgical strikes across the Line of Control (LoC).

Addressing media persons, he said: “The very credible sources confirm that Indian army is engaged in filming videos in Nowgam and Leepa sectors, adjacent to borders showing as if army is carrying out covert operations in enemy’s territory, so that the same can be provided as evidence to satisfy Indian masses and world community.”

He said that all the chest-thumping by the BJP in claiming the ‘surgical strikes’ is being done to promote Home Minister Rajnath Singh as its chief ministerial candidate for Uttar Pradesh, which is going to polls next year, Greater Kashmir reported.