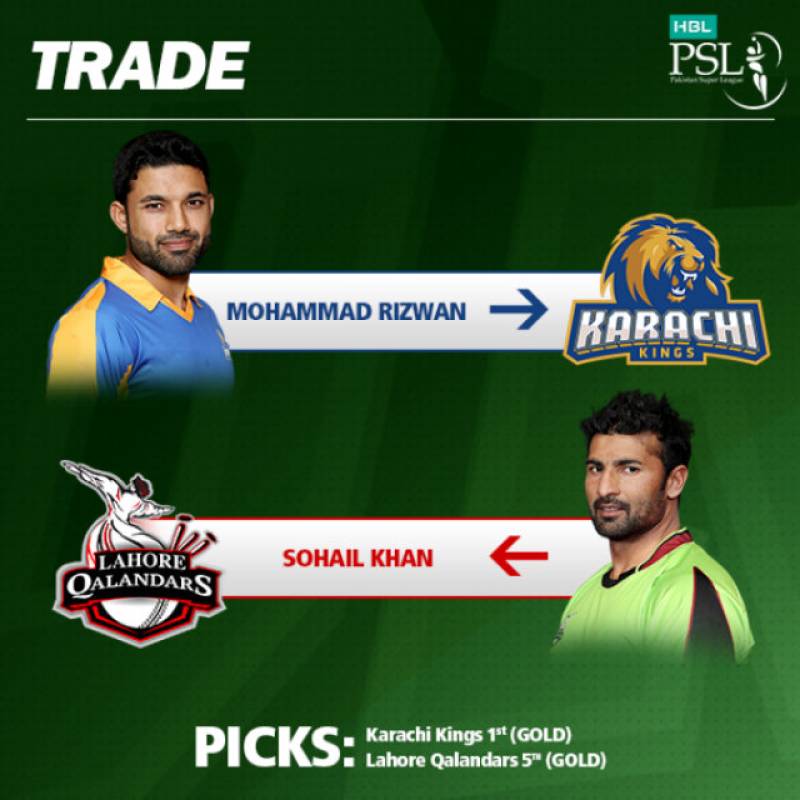 Sohail Khan, who was the leading bowler in season 2, is part of a deal which will give Karachi the first pick in Gold category. In return, Lahore Qalandars will be taking up Karachi's fifth pick in the same category.

Another Addition to Kings Squad!

The franchise, which was the runner-up in both the previous editions of the tournament, is also retaining South Africa’s Rilee Rossouw, all-rounders Mohammad Nawaz, Anwar Ali and Hassan Khan, fast bowler Mir Hamza and batsman Asad Shafiq.

However, Ahmed Shehzad, Umar Gul, Tymal Mills, Zulfiqar Babar are to be released by the franchise.

Stay Tuned to know 10 Gladiators who have been retained for PSL Season 3 #ShaanePakistan #QuettaGladiators pic.twitter.com/91QyRPrSQV

Islamabad United, the inaugural PSL champions, have decided to release pacer Mohammad Irfan, but is keeping Mohammad Sami and Windies’ all-rounder Andre Russell in their roster.

October 5 marks the deadline for players’ transfer, release and retention for the next edition of PSL.