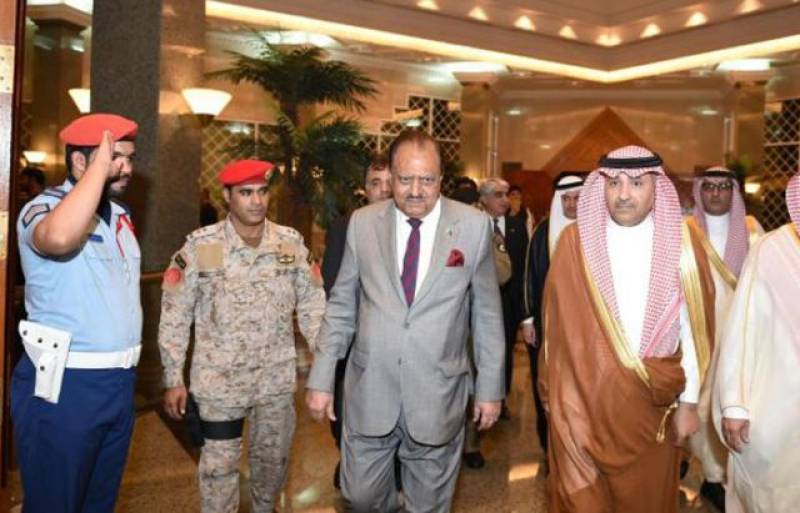 According to Saudi Press Agency (SPA), the president was received by the Undersecretary of the Madinah Region Principality Waheeb Al-Sahlee upon his arrival at Prince Mohammed bin Abdulaziz International Airport. 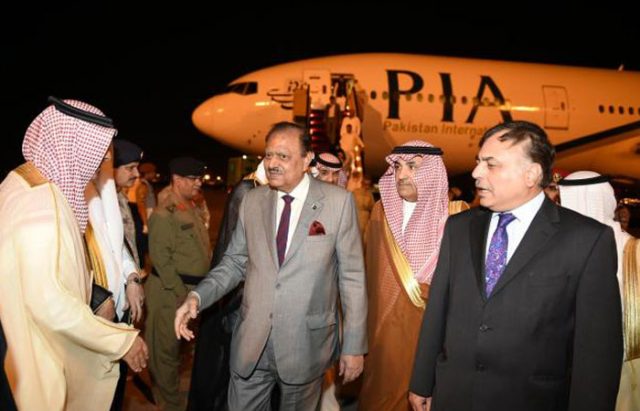 Director of the Royal Protocol Mash’hur Al-Himaid and a number of senior civil and military officials were also present on the occasion, Samaa News reported.

Pakistan and Saudi Arabia enjoy close relations and have identical viewpoints on major regional and international issues. More than two million Pakistani expats live and work in Saudi Arabia. Pakistan hold its defense ties with Saudi Arabia in highest esteem and attaches great importance to the security of the Kingdom