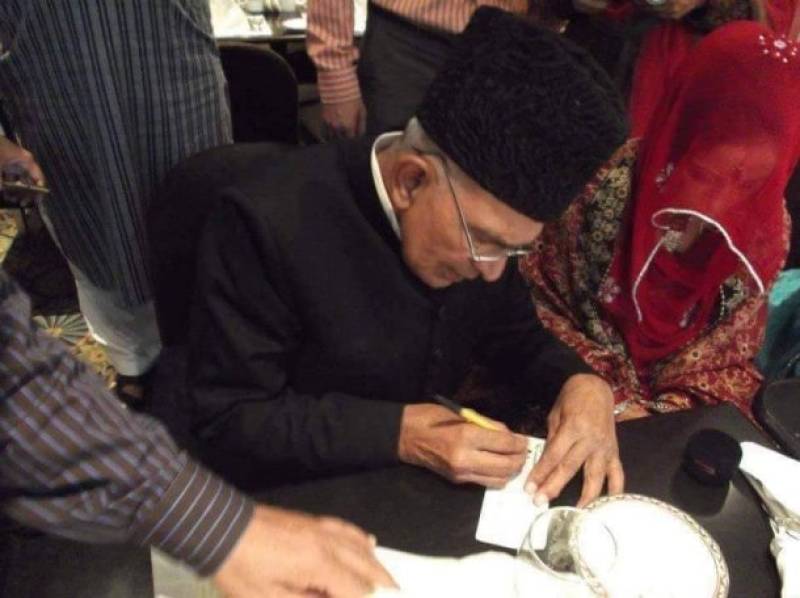 KARACHI - Pakistan Muslim League Nawaz leader Justice (Rtd) Iftikhar Ahmad Cheema is highlighted by the social media these days for 'tying' the knot with a 26 years old girl, the pictures of which are stumping the internet.

The judge turned politician was born in a village near Wazirabad, Punjab before Partition and had served the nation for many years, however, his latest 'misadventure' of marriage caught the attention of social media, despite an element of factual incorrectness attached to it.

A few of the pictures on the internet depict the 79 years old Iftikhar Cheema marrying 26 years old, meaning a gap of 53 years existed between the partners, however, the pictures portraying the wedding ceremony are wrongly attributed to Cheema. 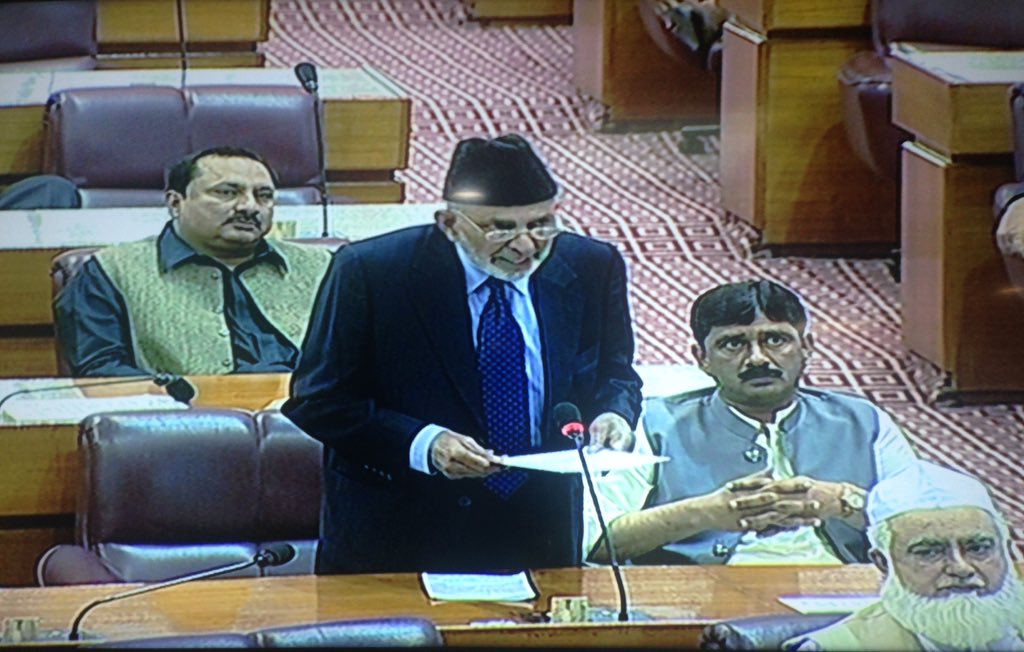 The pictures of the Ex PML N member went viral on social media in which he is seen signing on a paper while the bride is sitting beside him. Let's have a look at the photos which are being circulated throughout the social media: 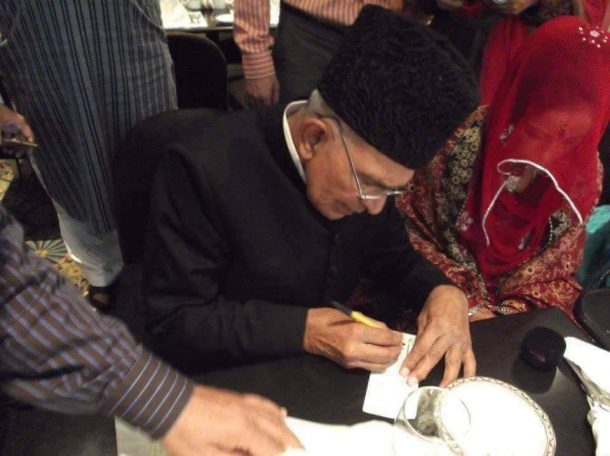 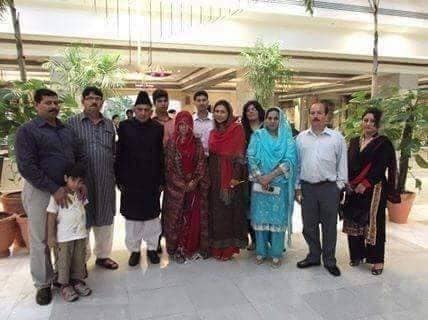 We must say marriage is a personal matter for anyone and if both the people are agreed to it than religiously and legally no one can stop them but being a public representative, one has to answers such rumours and has to deal with such stuff.

We contacted the family member of Justice (RTD) Iftikhar Cheema for the confirmation of the news and a very close source of the politician stated that the marriage story is actually a fake news.

'Iftikhar Cheema had gone to a marriage ceremony back in 2016 and helped the couple financially as a guardian to the bride,' clarified the family source.

The acquaintances and family members of Ifthikar Cheema had also released a publification regarding the clarification of the whole matter. Below is the picture of the note issued by Cheema's son that there was no truth t the marriage of Iftikhar Cheema and the smear campaign was launched by the political rivals. 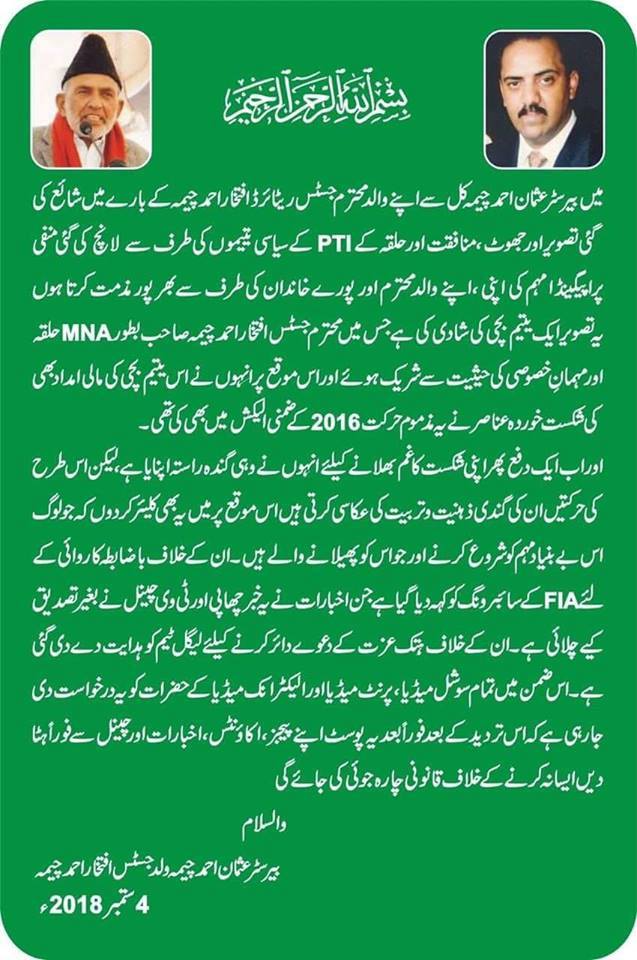 Apart from the rumour, we all must agree to the fact that marrying an adult with his or her consent is legally right. They are both adults and can consent to marriage.

What do you have to say regarding this matter? Do let us know in the comments section below?