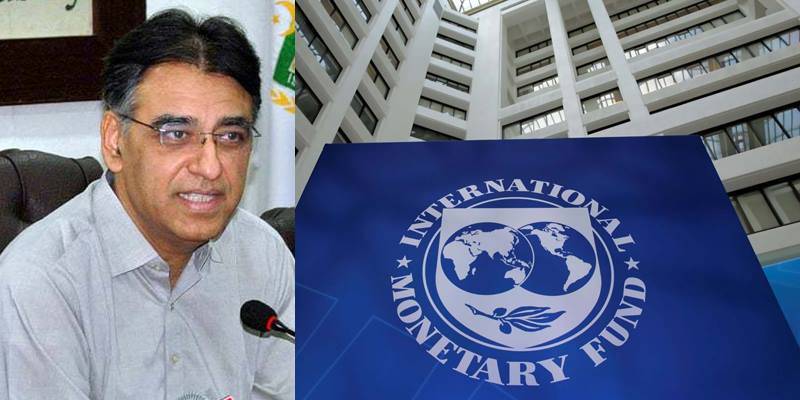 ISLAMABAD – The International Monetary Fund (IMF) has denied that it termed Finance Minister Asad Umar as ‘arrogant’, as claimed by a Pakistani journalist this week.

Ihteshamul Haq, an economic analyst for a Lahore-based TV channel, had on Thursday attributed such remarks to IMF’s resident chief in Pakistan on an evening show.

He also claimed the IMF official was of the view that the Pakistani minister was “coming unprepared”, and the “IMF has conveyed this message to the Pakistani authorities”.

However, the IMF resident representative in the country has termed all such reports as untrue. “We have never spoken about Asad Umar in terms like the one suggested in the message,” she concluded.

Meanwhile, Minister of State for Revenue Hammad Azhar has called for taking up the matter with Pakistan Electronic Regulatory Authority (PEMRA), and also to consider drafting legislation that deals with perpetrators of Fake News and imposes strict punishments.

I have requested @fawadchaudhry to take up the matter of Fake News with PEMRA. And also to consider drafting legislation that deals with perpetrators of Fake News and imposes strict punishments.

"The ultimate targets of these attacks is not the Finance Minister but actually the Economy. By attempting to spread panic in the markets, some vested interests are trying to subvert the stabilisation and reform process. These feeble attempts will not hinder any reform drive," he said on Twitter.

Last year, an IMF mission led by Harald Finger visited Islamabad from November 7-20, 2018 to initiate discussions on a financial arrangement with the international monatery organisaton requested by the Pakistani authorities to support their economic reform program.

After the discussions concluded, the Pakistani authorities were of view that harsh conditions of the IMF cannot be accepted.

They said that Pakistan wanted to avail the bailout package on acceptable conditions, while the IMF has reportedly given positive response over it and agreed to continue the talks.

On Dec 4, Finance Minister Asad Umer said negotiations with IMF were not broken and were still underway, saying the previous government should have gone to IMF early this year as the balance of payment crises was pretty evident and that would have been the best time to seek IMF package.