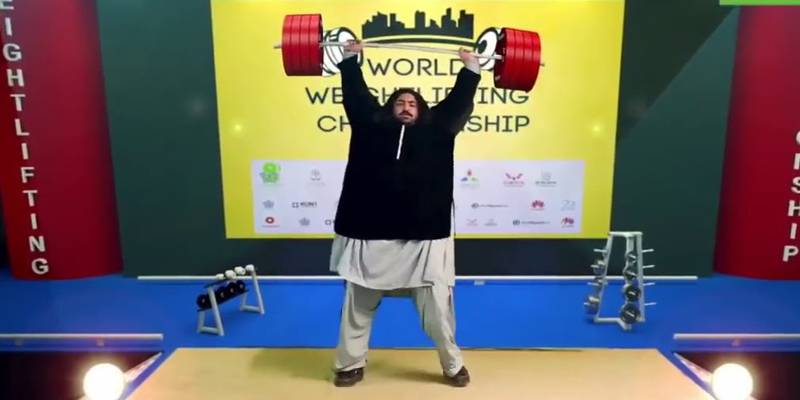 LAHORE - A video, which surfaced on social media showing Khyzar Hayat Khan, better known as 'Khan Baba' lifting 400kgs at World Weightlifting Championship 2017 held in the US, has been found to be fake.

Junaid Saleem, a host of a programme on a private news channel, revealed that Khan Baba had fooled people and media by making a fabricated video using graphics. The host claimed that world's weightlifting record is 257kgs, which no one has been able to break until today.

He said that the video has been prepared by spending thousands of rupees in which it is being shown that CNN, an international media outlet, is broadcasting the news related to Khan Baba.

He said that the man, who called himself Hulk of Pakistan, had claimed to break all world records by lifting 400kgs weight, while there are no such reports in international media.

He said that Khan Baba was also invited to his program but with a condition that he will lift the same weight during the programme but he did not accept it.