Imran firm on his stance even after Parliament comeback 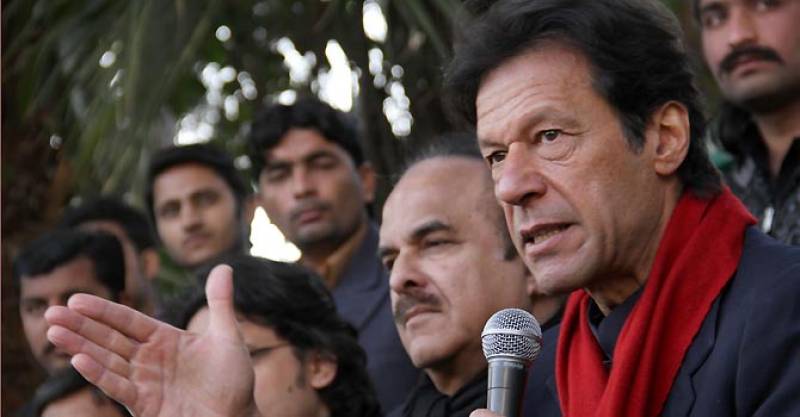 ISLAMABAD (Web Desk) - Pakistan Tehreek-e-Insaf (PTI) Imran Khan is staying on his grounds even after his party rejoined the Parliament on Monday.

Following the address of Defence Minister Khaawaja Asif to a joint session of Parliament, Imran Khan reaffirmed his commitment to rally for justice until the culprits behind rigging in last general elections held accountable.

Commenting on the noisy and hostile welcome to his party by the parliamentarians, the PTI chief thanked the critics. However, Khan questioned their pledges to the democratic structure in the country that was, according to him, corrupted by the rigging done in 2013's election.

Terming his comeback a 'victory' after the recent pact with government on forming a judicial commission to probe the alleged rigging, Khan opined all the parliamentarians should thank his party for bringing positive outcomes.

"Constituting a judicial commission to probe poll rigging is in the best interest of Pakistan," the PTI chief maintained while talking to the media outside the Parliament House.