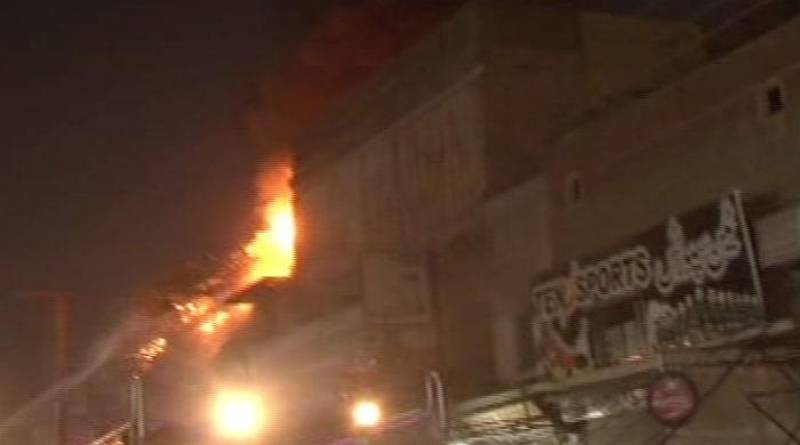 MULTAN - At least three people sustained injuries in a fire which broke out at a sports shop in Hussain Agahi Bazaar here.

According to Geo News, a portion of the first floor of the building collapsed after it caught fire. Three people sustained injuries after being trapped in the debris.

In late February, 10 shops were destroyed after a fire in Lunda bazaar in the city. A nearby bank’s building was evacuated after it was damaged by the fire.