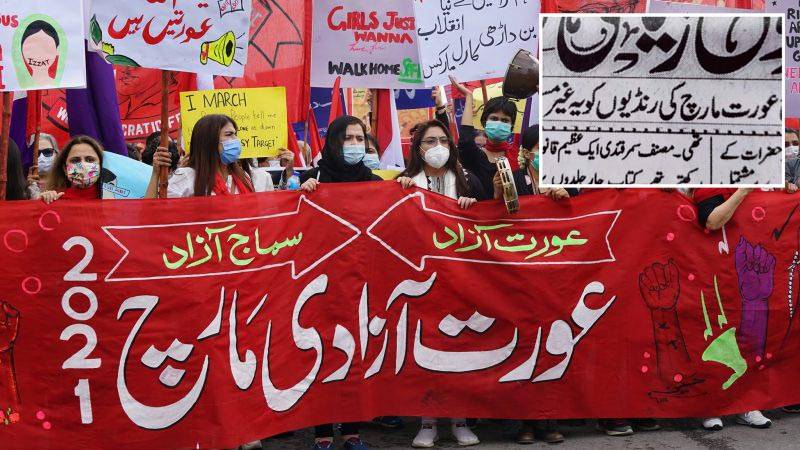 The story published on Monday morning stated that most of the women were raped in 14 countries including America, Japan, Sweden, South Africa, India and Bangladesh and other African countries.

The report further described that the “whores” of this annually held social and political demonstration are unable to see these non-Muslim countries where the sexual assault rates are high.

On the other hand, a private news channel also mentioned that they approached the newspaper’s editor, Amjad Irshad, for his comments on this. Irshad however asked them to call later and later, he didn’t get back to respond on the matter.

????️ HRCP condemns the use of unethical and inappropriate language against women in the daily #Ummat. The newspaper must publish an unconditional apology and refrain from using such language in future. 1/2

The newspaper must publish an unconditional apology and refrain from using such language in the future, the tweet further added.

This is the same newspaper that is orchestrating a vilification campaign against leading elderly writer #AmarJaleel. Such practices bring a bad name to the profession of journalism. The APNS and CPNE must take notice. 2/2

Earlier on March 11, a doctored video clip from Aurat March 2021, in which a large number of women can be seen chanting slogans in a unified formation, synchronized with the beat of drum mentioning Almighty, Prophet PBUH, and other religious personalities, has taken Pakistan by storm.