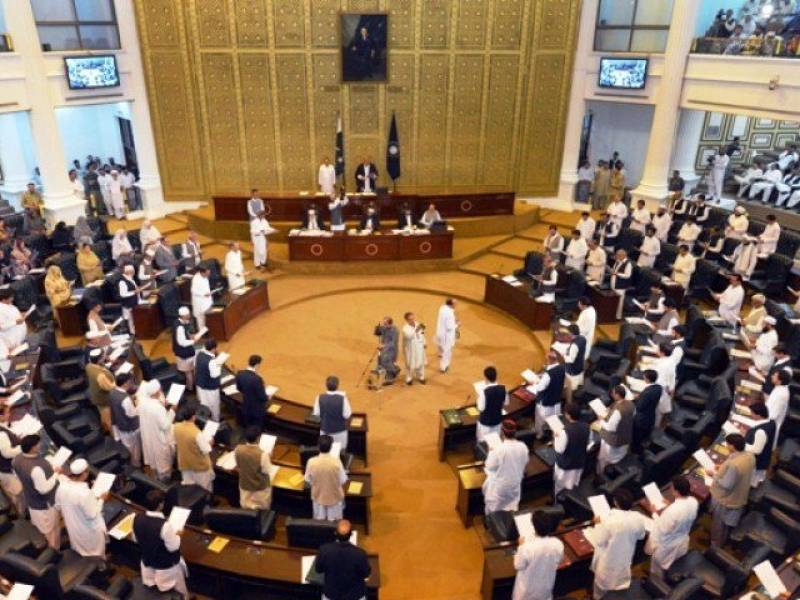 PESHAWAR (Web Desk) - The Khyber Pakhtunkhwa Assembly on Friday passed the Prevention of Conflict of Interest Bill, 2016 after a series of amendments and deliberations at committee level.

The bill which was unanimously passed is aimed at preventing and minimising the possibility of conflicts arising between the private interests and public duties of public office-holders and provide for the resolution of any such conflicts.

Initially, provincial chief executive, governor, speaker, cabinet members and senior bureaucrats have been made part of the bill, who would not be able to use their position for any kind of business or managing a business in conflict with their authority.

The bill was first introduced in November 19, 2014 but citing the disagreement shown by legislators, it was referred to the select committee for consideration and finalisation.

Law Minister Imtiaz Shahid Qureshi presented the bill on behalf of the chief minister and the house presided over by Speaker Asad Qaisar approved it. Following the approval,Chief Minister Pervez Khattak thanked the House for adopting the law unanimously. He said it was a unique legislation having no match in the country.

The PTI supremo Imran Khan had on a number of occasions emphasised the need of such legislation and he sporadically slams the incumbent government for doing business and holding public offices simultaneously.

In 2015, Imran Khan clarified his party members to approve the bill if they wanted to get along with the party.

Any PTI MP in KP Assembly who opposes Conflict of Interest Bill, which is part of PTI's commitment to the nation, has no place in the Party

The House also unanimously passed the KP Universities (amendment) Bill, 2016 and the Galiyat Development Authority Bill, 2016 with amendments introduced by the members.