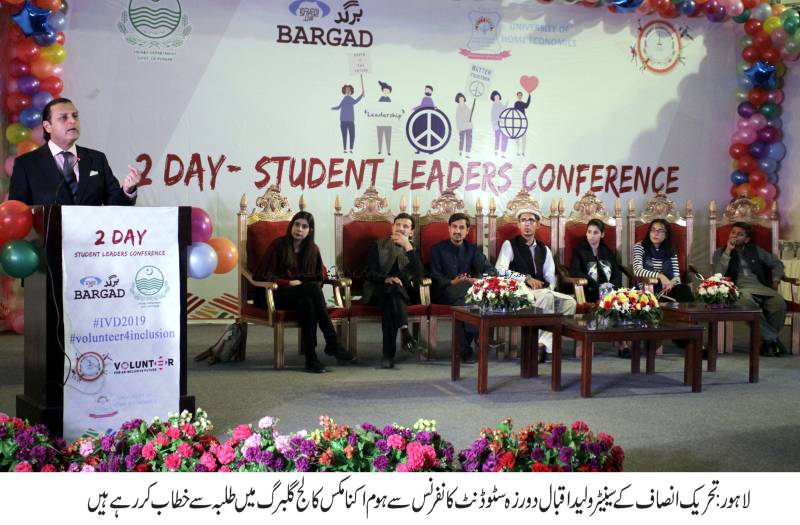 It was part of an initiative, entitled, “youth leadership on campuses” executed by a leading youth development organization Bargad.  This was briefed during a 2-day student leaders conference that Bargad organized in collaboration with Youth Affairs Department in auditorium of University of Home Economics Lahore (UHEL).

Dr Kanwal Amin, the VC of UHEL, opened the conference. Mr. Adnan Arshad Aulaukh, DG Youth and Sports Affairs, Government of Punjab at this occasion announced that the government of Punjab is soon bringing the Punjab Sports Policy.

A panel discussion on volunteerism was organized on the first day, while on the second day the youth leaders mainly from KP presented their best social actions during the panel discussions.

Bilal Khattak and music society members of the University of Education took part in musical programmes during the two days conference.

Senator Waleed Iqbal distributed certificates to the conference volunteers. In his special address he spoke about five key characteristics of leadership in the light of teachings of Allama Iqbal.