Warns Modi any misadventure would be 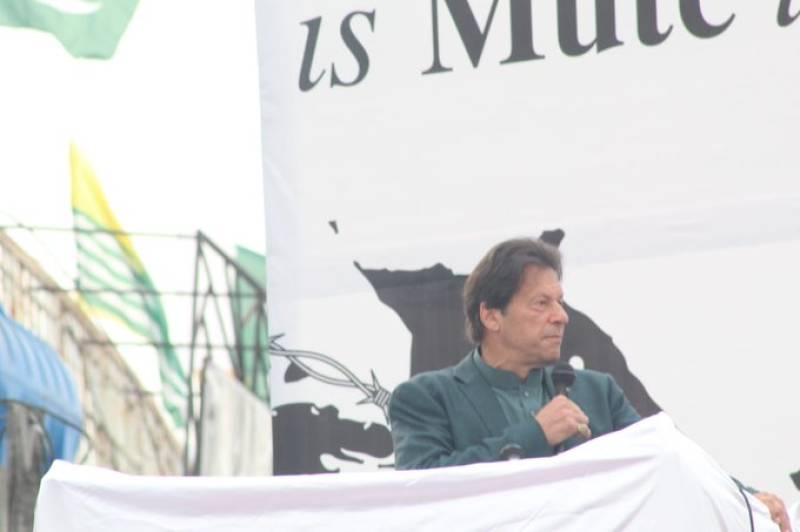 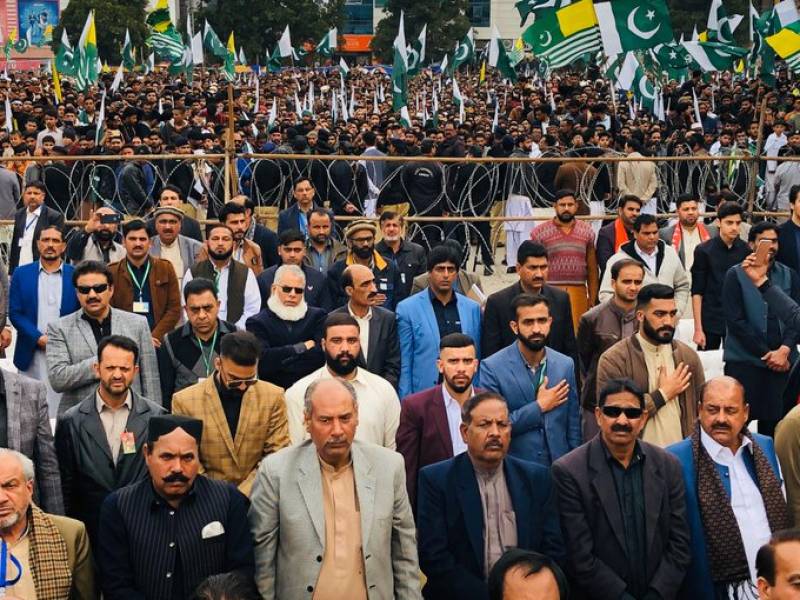 Addressing a large public rally held in solidarity with people of Indian Occupied Jammu and Kashmir who faced continuous detention for last 185 days, the prime minister said Indian Prime Minister Narendra Modi, in his arrogance, made a blunder by taking illegal step on August 5 and unilaterally revoking the special status of Jammu and Kashmir.

The rally gathered men, women and even children who raised slogans against India’s atrocities in IOJ&K and waved flags of Kashmir and Pakistan as a symbol of unity.

Imran Khan said Pakistan would never leave Kashmiris alone, vowing that he, himself, would always fight the case as their ambassador.

He said Pakistan was a peaceful country, but never feared of fighting oppression if enforced on it.

Through today’s rally, I want to send out a message to our Kashmiri brethren in IOK, that not only the people of AJK are with you but the entire Pakistan stands in solidarity with you.

He rebuffed the statement of Indian Prime Minister who claimed of having capability to conquer Pakistan in 11 days, saying he must read the history where tyrants met a disastrous fate.

Imran Khan said Pakistan was capable of winning tough wars including the fight against terrorism with its battle-hardened armed forces, which always fought with passion and faith in Allah Almighty.

He said whenever people in Indian Occupied Kashmir needed help, entire Pakistan would be ready to support them.

The prime minister said his visit to Mirpur had great significance in expressing solidarity with eight million people of Indian Occupied Jammu and Kashmir and giving them a message that not only the people of AJK, but entire Pakistan stood with their brethren

Imran Khan regretted that previous government put the issue of Kashmir on back-burner, however his government in six months internationalized the dispute by drawing world’s attention on India’s persistent human right abuses.

He said Kashmir issue was discussed thrice in the United Nations during this time, which was unprecedented in the country’s history.

The prime minister recalled that Modi ‘in fact martyred’ Pakistan’s trees in last February as contrary to his claim of targeting 300 people and downing two aircraft.

He said on the other hand, Pakistan as a goodwill gesture returned the captured Indian fighter pilot in an effort for peace in region, which Modi ungratefully dubbed as a step done out of fear.

Imran Khan said he apprised several world leaders he met at World Economic Forum and other fora about the gravity of Kashmir issue, where the people suffered the racist ideology of Narendra Modi.

He said the world was demanding lifting of curfew and resumption of internet and communication blockade, adding the day it was done, a mass of Kashmiri people would voice out their concerns.

The prime minister said the situation in Indian Occupied Kashmir was against the ethics and morality of human rights.

He said Kashmiris did not accept the unilateral action of India of revoking special status of Jammu and Kashmir as their resolve could not be deterred by illegal use f force by Indian security forces.

He said Pakistan would never leave their Kashmiri brethren alone.

Minister for Kashmir Affairs Ali Amin Gandapur said Pakistan would continue to support Kashmiris in their just demand of right to self-determination. He said India should realize that passion of Kashmiris, would ultimately win over abuse of its might.

AJK Prime Minster Farooq Haider said plebiscite was the only solution to resolve the dispute of Jammu and Kashmir, adding the people of AJK had full confidence in Prime Minister Imran Khan who fought the case of Kashmiris at United Nations General Assembly in New York.

Former AJK Prime Minister and PTI leader Barrister Sultan Mehmood said Prime Minister Imran Khan had strongly advocated the Kashmir cause at international forums and lauded that he allocated one day each, for Muzaffarabad and Mirpur, to join people, expressing solidarity with their brethren in IOJK.