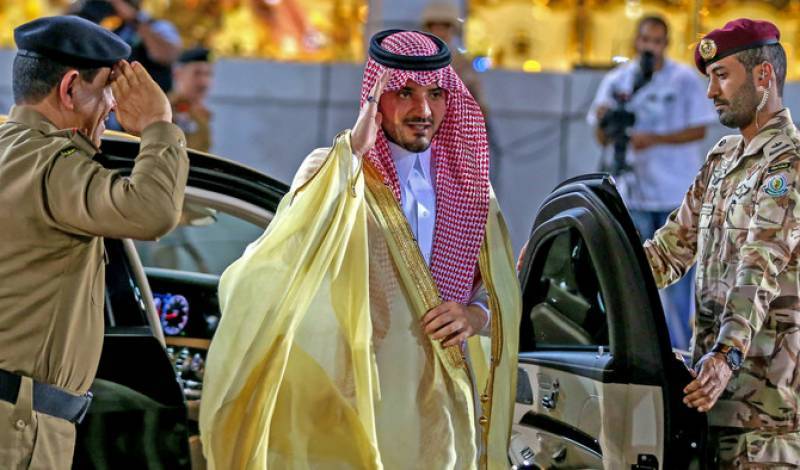 ISLAMABAD – Saudi Interior Minister Prince Abdulaziz bin Saud bin Naif is scheduled to arrive in Islamabad tomorrow (Monday), with repatriation of Pakistani prisoners among other affairs on the agenda.

The Saudi minister will hold meetings with President Arif Alvi and Prime Minister Imran Khan among other key government and security officials. He will also meet his Pakistani counterpart Sheikh Rashid Ahmed.

Sheikh said his country was trying to bring back Pakistani prisoners from wherever they were.

“We are inviting interior ministers of different countries where our people are in prisons. It is as per instructions of the prime minister,” he said at a press conference in Islamabad.

Last month, Saudi Arabia's cabinet approved the draft of a prisoner exchange agreement with Pakistan to help streamline the repatriation of prisoners and measures to counter human and drug trafficking.

The treaties were signed during Prime Minister Imran Khan’s visit to the kingdom in May last year.

ISLAMABAD – Pakistan and Saudi Arabia have agreed to operationalise the Saudi Oil Facility worth 1.2 billion ...