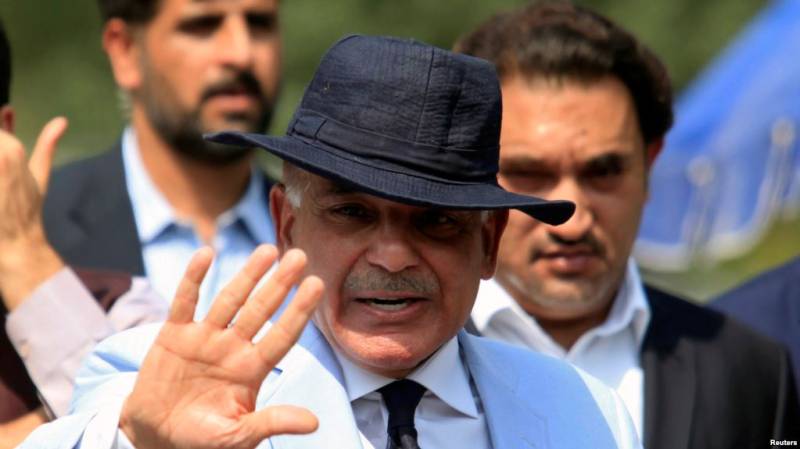 LAHORE - Everyone knows Shehbaz Sharif's distinctive fashion and style sense and for that trait of his personality, he often gets appreciation from his peers and political commentators.

Sharif, who is now an aspiring candidate for the top slot of the country recently updated his profile picture on Facebook, that apparently seems a response to his arch-nemesis, Pakistan Tehreek-e-Insaf Chief Imran Khan.

The younger Sharif took the internet by storm through his profile picture showing him wearing his famous hat (Fedora) with a double-breasted shawl lapel jacket.

The Fedora, which has now become the style icon of the provincial chief executive was mentioned by Pakistan Tehreek-e-Insaf chairman Imran Khan in June last year when he targeted Punjab Chief Minister for carrying mafia style attire.

Shhebaz's hat rose to prominence on social media after the top court referred to Mario Puzo’s novel Godfather in its Panama Case verdict, an analogy that riled the Sharif family.

After the observation by the five-member bench, Shehbaz Sharif appeared before the Joint Investigation Team wearing the same hat and on Friday, he changed his DP showing him wearing the Fedora which Imran Khan refers to, for highlighting the alleged mafia-style politics of PML-N bigwigs.

The pictures which garnered comments in droves is posted below: