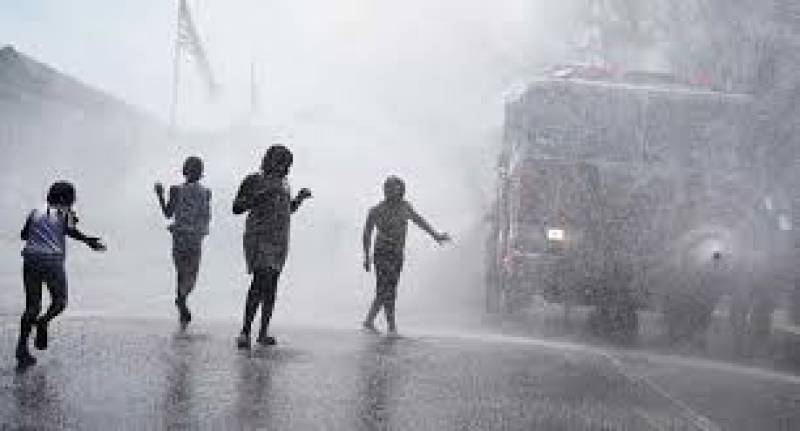 TORONTO - A heat wave in Quebec has killed 33 people in the past week as high summer temperatures scorched eastern Canada, officials said Thursday.

Eighteen of the dead were reported in the provincial capital Montreal, according to regional public health director Mylene Drouin.  She added that the majority of the victims in the city were men aged between 53 and 85 living in vulnerable conditions and without access to air conditioning.

The rest of the deaths occurred in other parts of the French-speaking province.

Environment Canada forecast a maximum of 35 degrees Celsius (95 degrees Fahrenheit) on Thursday with a heat index (what the temperature feels like to the human body) of up to 45 Celsius.

The heat wave is expected to end by Thursday evening with temperatures between 23 and 25 degrees Celsius over the next few days.

"My thoughts are with the loved ones of those who died in Quebec...," tweeted Prime Minister Justin Trudeau.

My thoughts are with the loved ones of those who have died in Quebec during this heat wave. The record temperatures are expected to continue in central & eastern Canada, so make sure you know how to protect yourself & your family: https://t.co/JSPPsU80x9

"The record is expected to continue in central & eastern Canada, so make sure you know how to protect yourself & your family."

No deaths had been reported for the same period in the neighboring province of Ontario, which has also sizzled under extremely high temperatures.