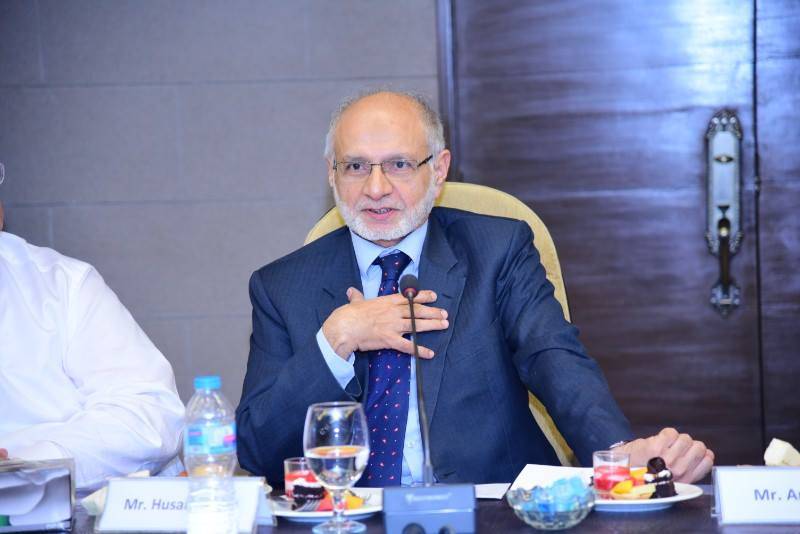 ISLAMABAD - Hussain Lawai, a close friend of former President Asif Zardari and Chairman of the Board of Pakistan Stock Exchange has been questioned on Friday by Federal Investigation Agency in money laundering case.

Hussain Lawai is former Head of SummitBank and a close friend of Asif Zardari was summoned by FIA in connection with benami accounts used 4 money laundering.

Lawai is accused of laundering Rs35 billion and under investigation by FIA. It is the same case for which PPP has demanded DG FIA be changed.

Twenty-nine accounts belonging to seven people have been used to launder around Rs35 billion in Sindh, according to the FIA, which is being called the ‘biggest money laundering case in Sindh’.

These people made accounts in three banks, including Summit Bank and Sindh Bank. The accounts are reportedly used by Anwar Majeed, another of Zardari’s close aides, and employees of the Omni Group.

Chief Justice Saqib Nisar had taken notice of the money laundering scandal and summoned the FIA’s director general on Sunday.

Earlier, a prominent banker, Hussain Lawai, was stopped by the Federal Investigation Agency (FIA) officials from leaving the country from Karachi’s Jinnah International Airport allegedly in connection with suspicious bank transaction worth billions of rupees.

As many as over 20 ‘benami’ accounts at the Summit Bank allegedly were opened in 2013, 2014 and 2015 from where transactions worth billions of rupees’ were made in the accounts.

The amount is black money gathered from various kickbacks, commissions and bribes. But despite these huge transactions, the bank authorities never reported to the authorities concerned including FIA.