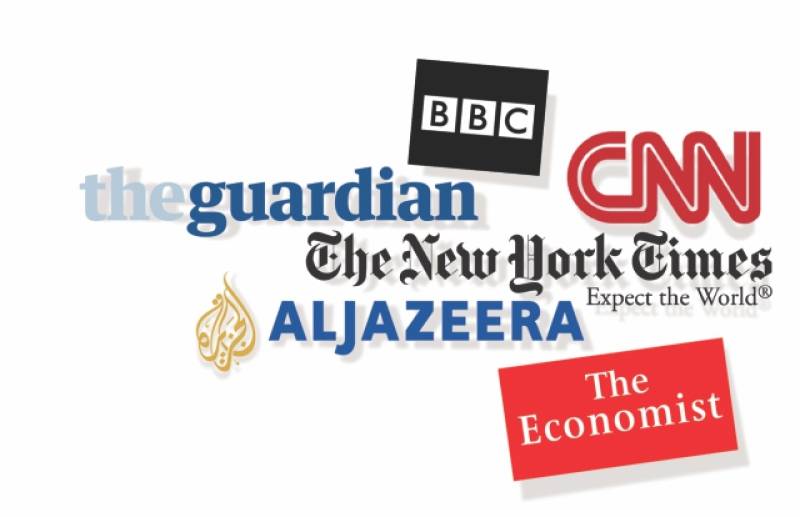 The Sharifs’ lawyers said they would challenge the ruling in High Court.

Accountability Court judge Mohammed Bashir also rejected an application from the Sharifs to postpone the announcement of the verdict as Mr Sharif is currently with his wife Kulsoom Nawaz in London who is on a ventilator for the past three weeks.

“In the interest of justice, the announcement of order in the titled reference may be postponed for a minimum of seven days period,” the applications by the Sharifs stated.

Mr Sharif had vowed to return to the country once his wife’s health improves.

Meanwhile, the international media has also shown its interest and covered the news, as well. 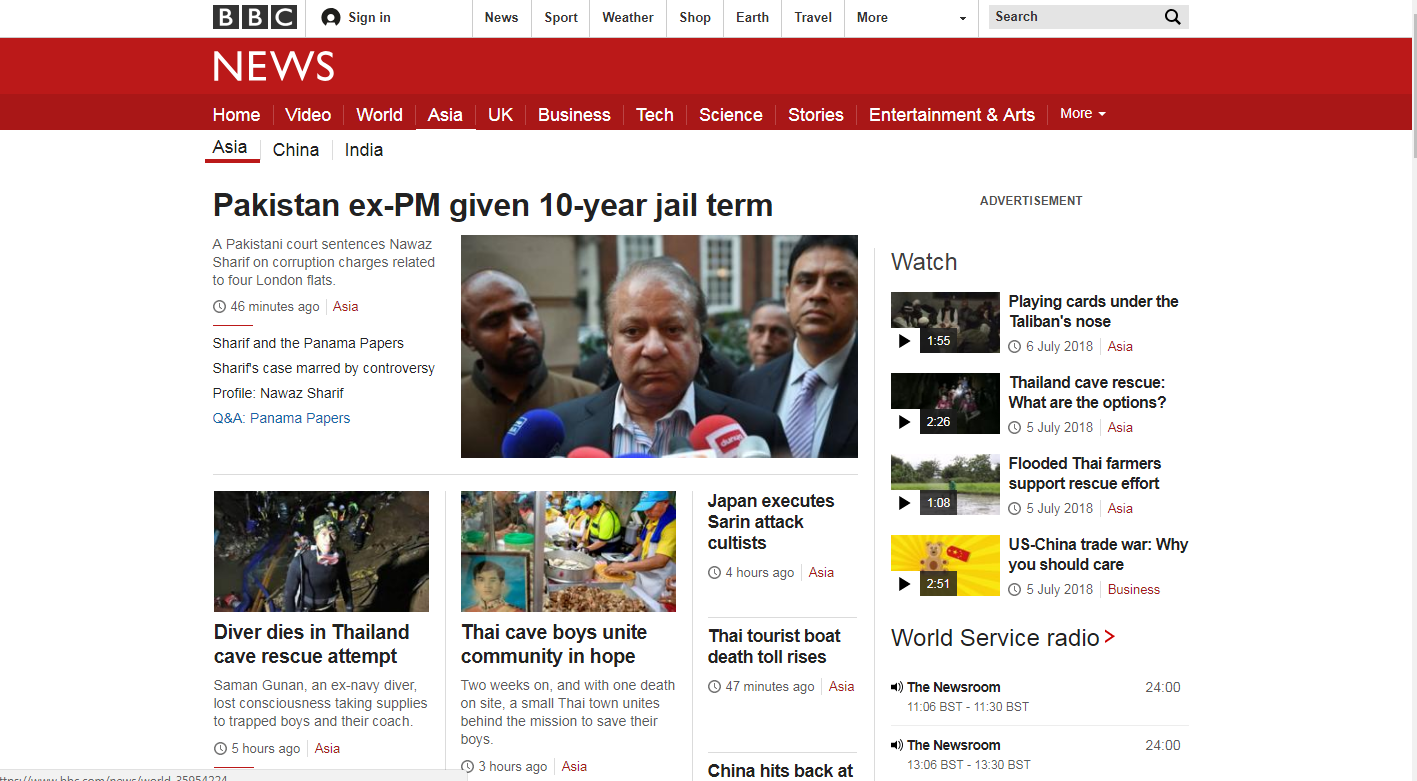 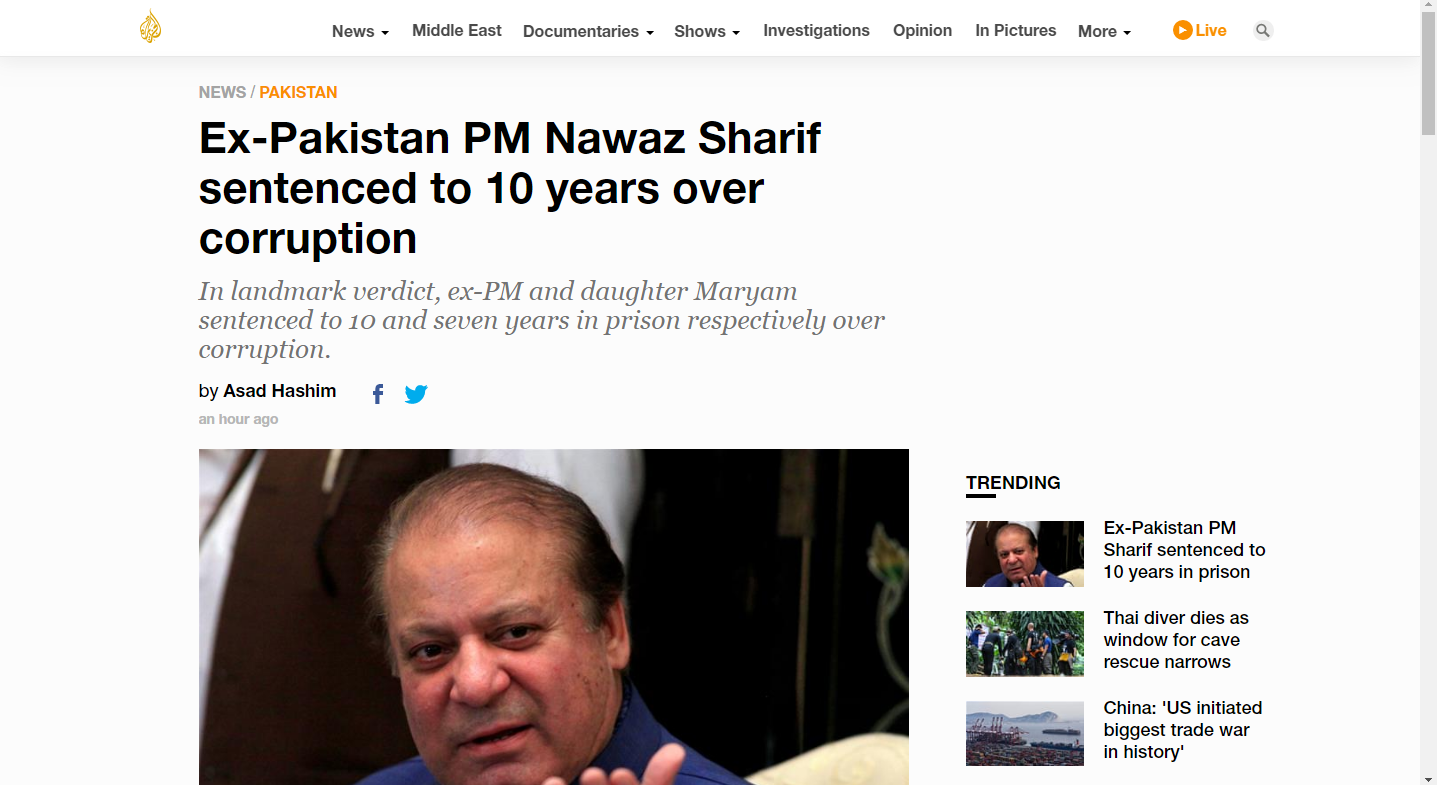 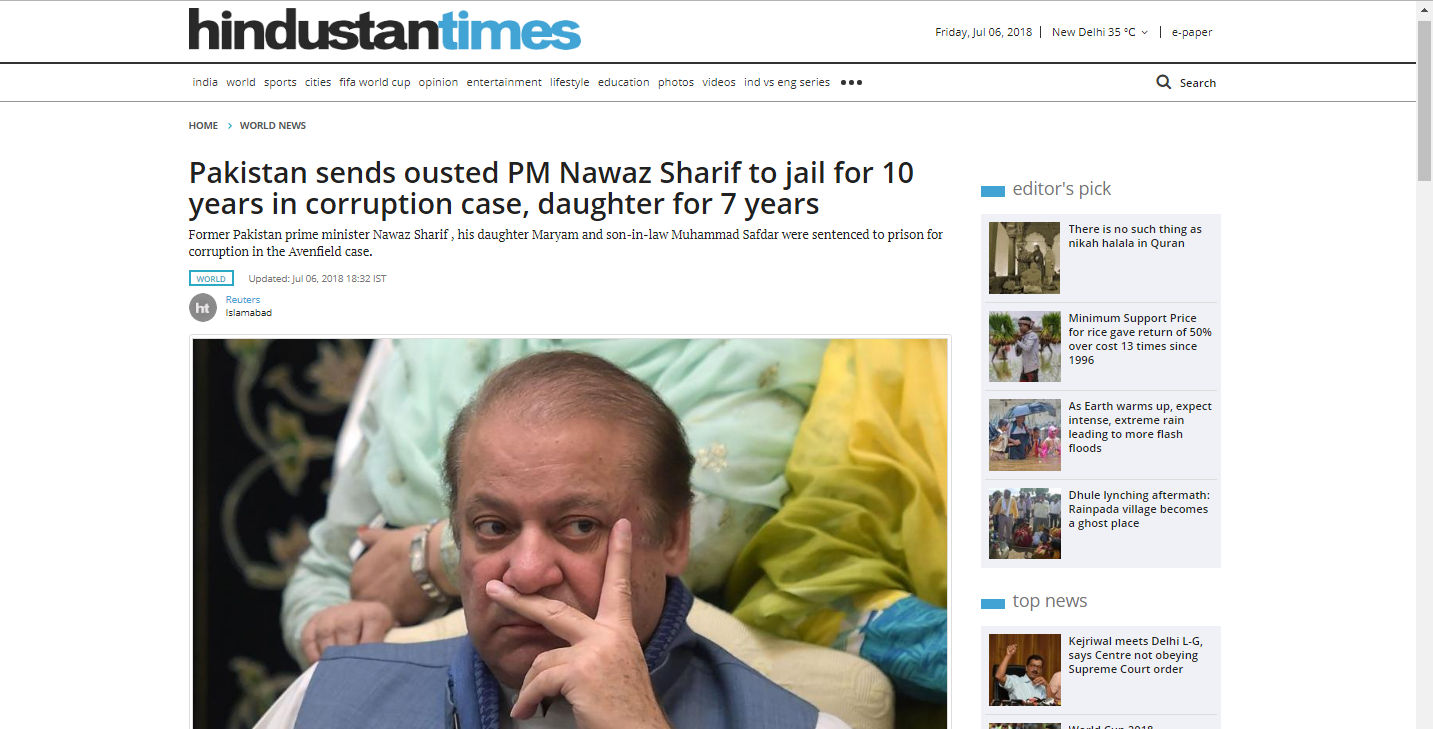 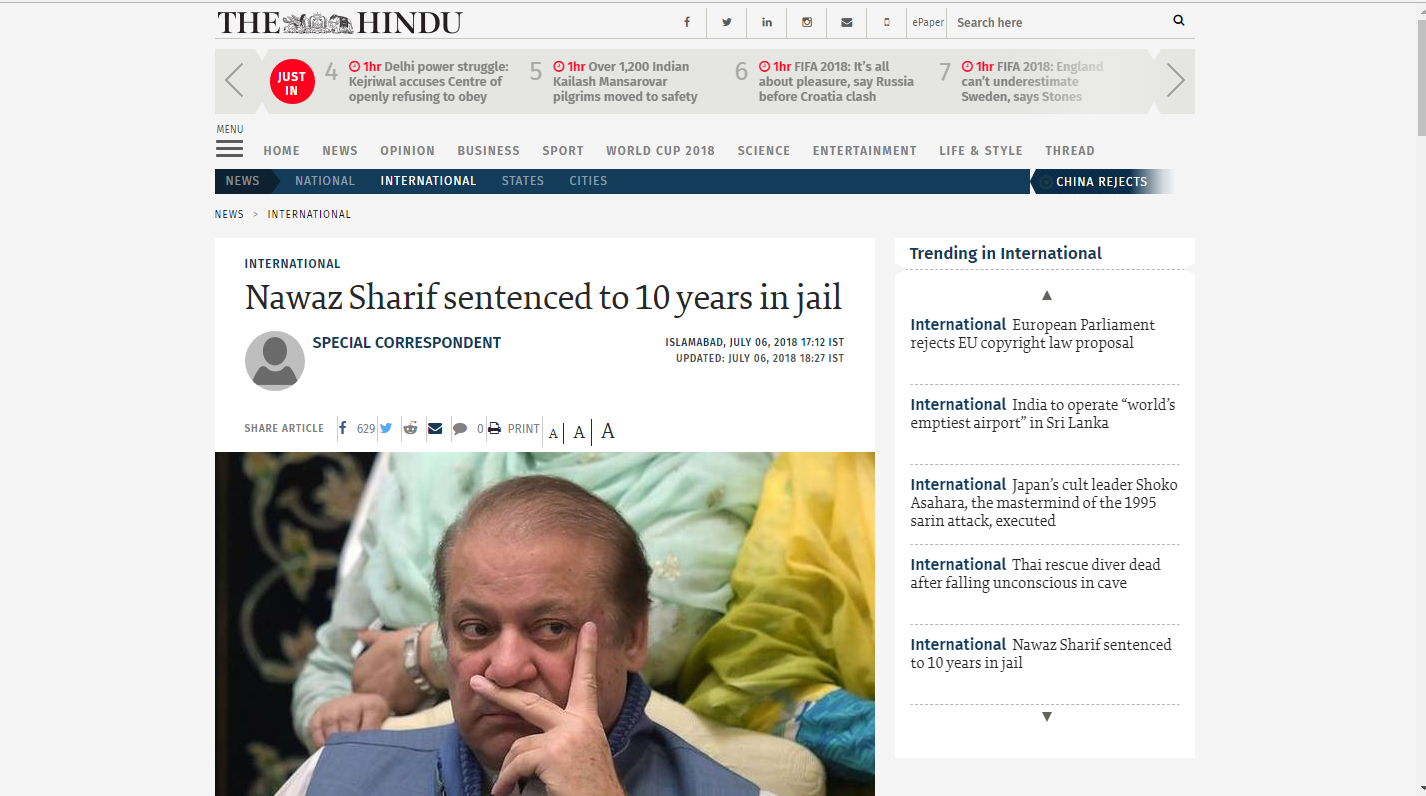 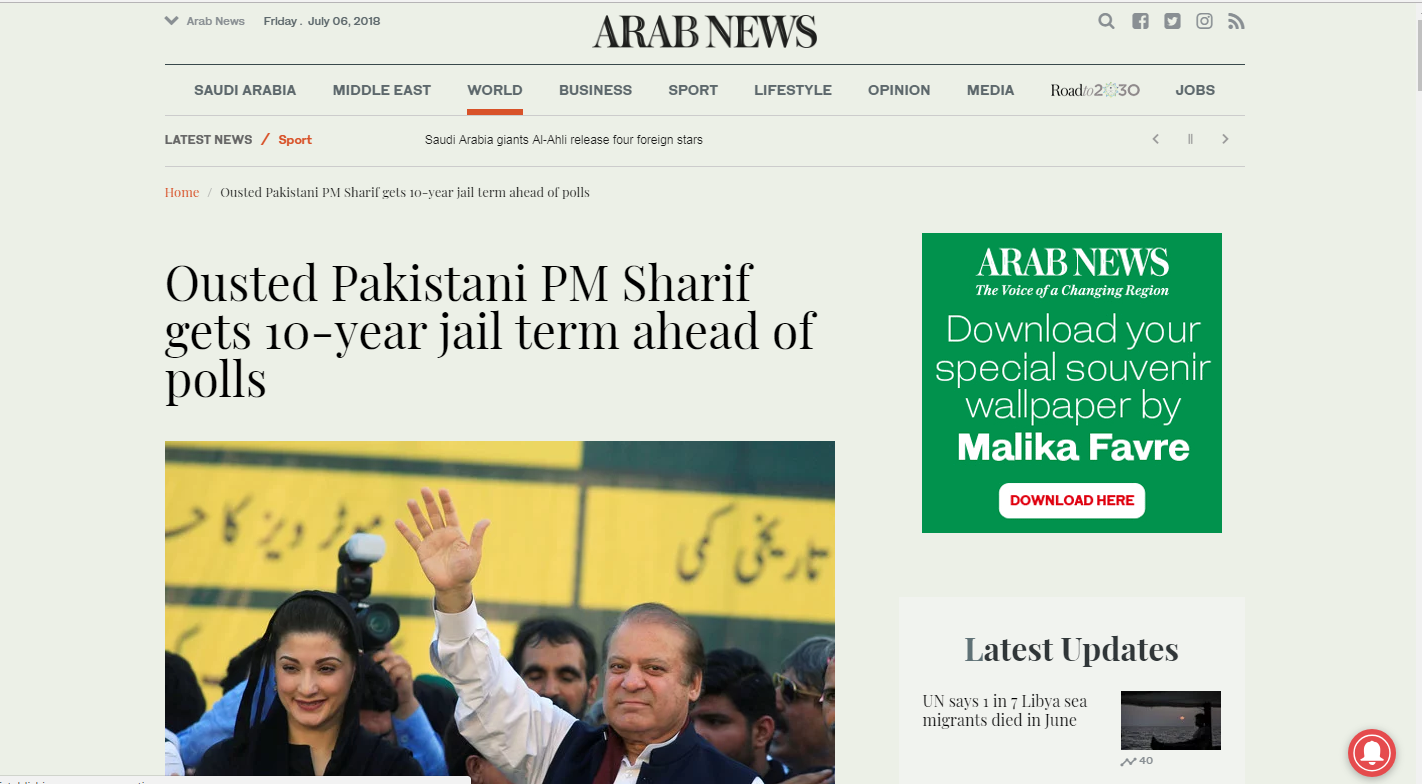 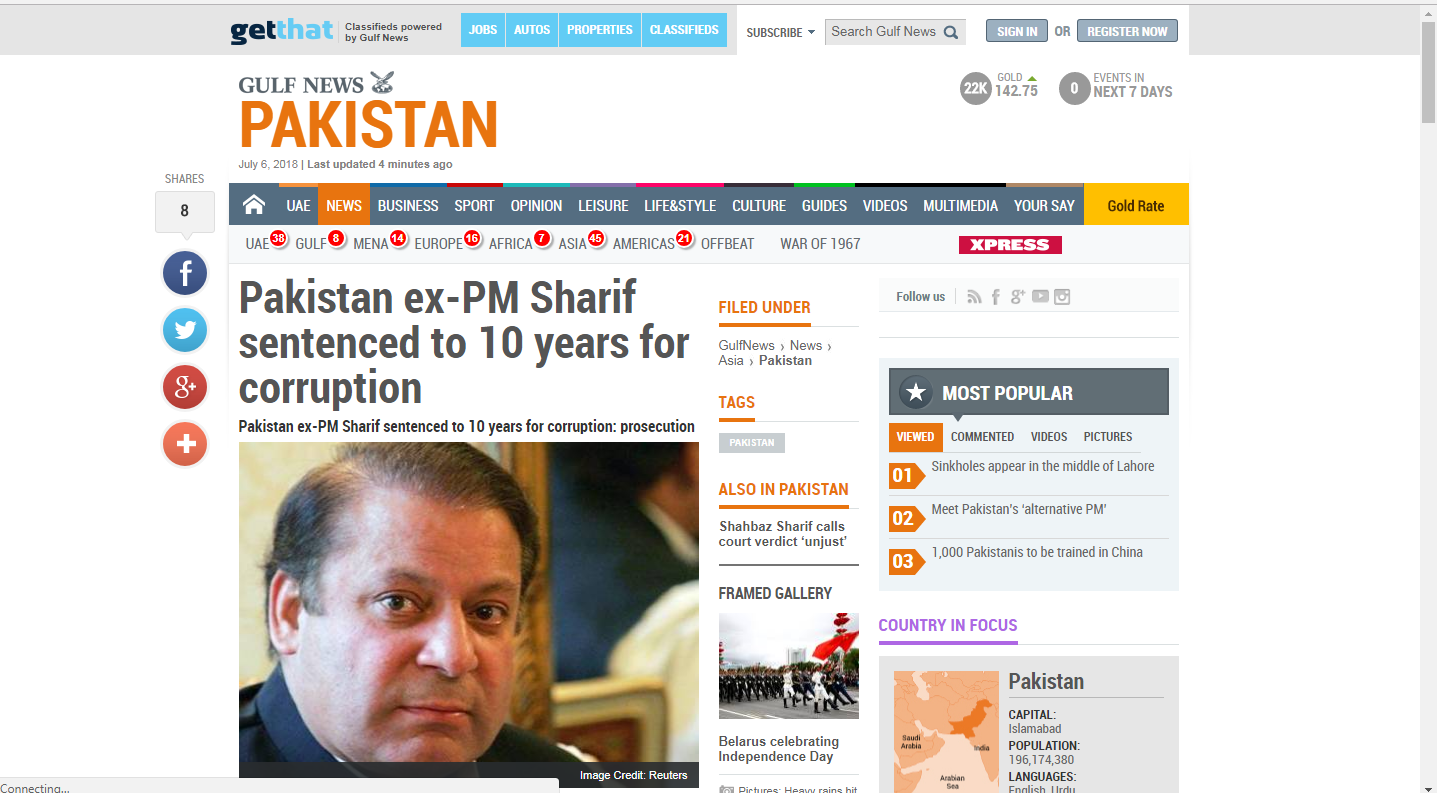 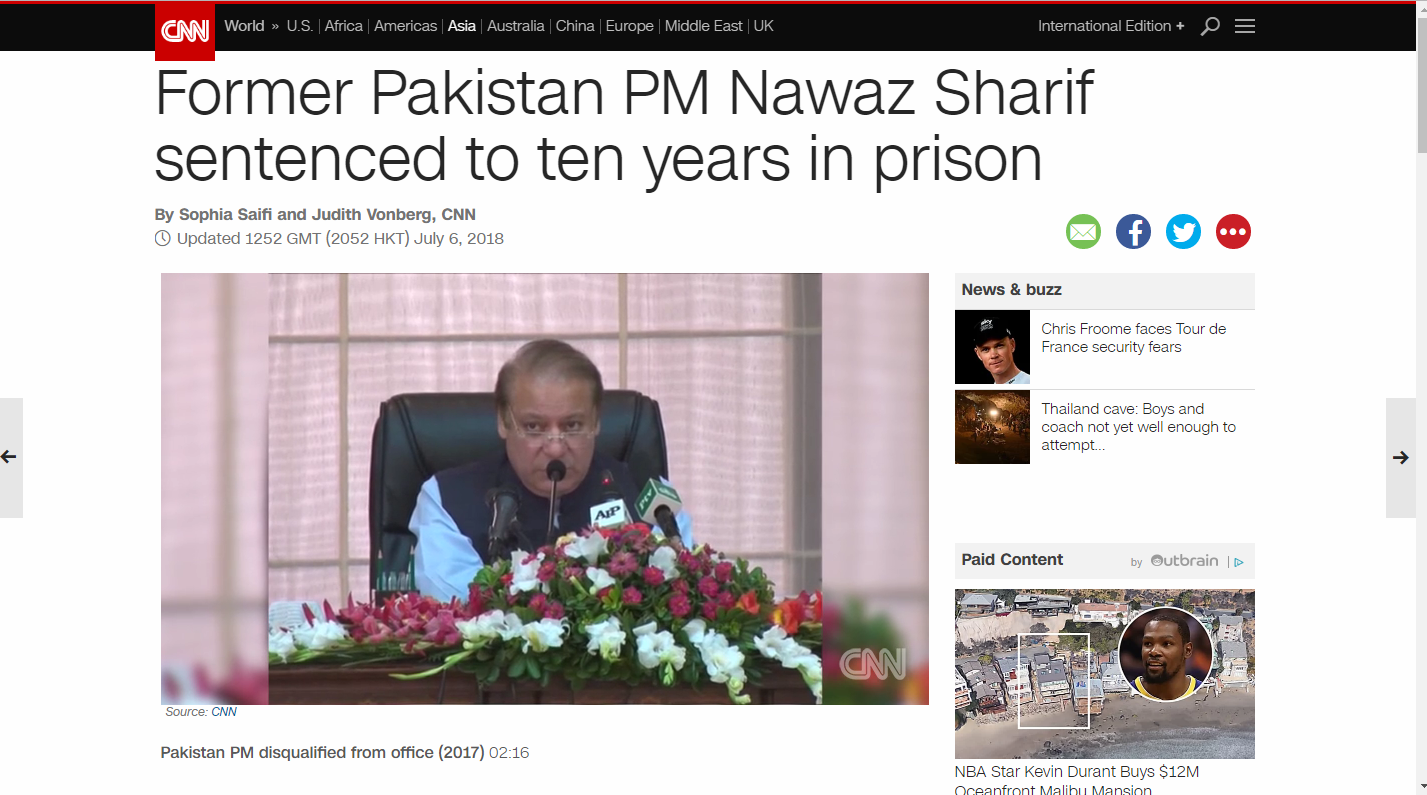 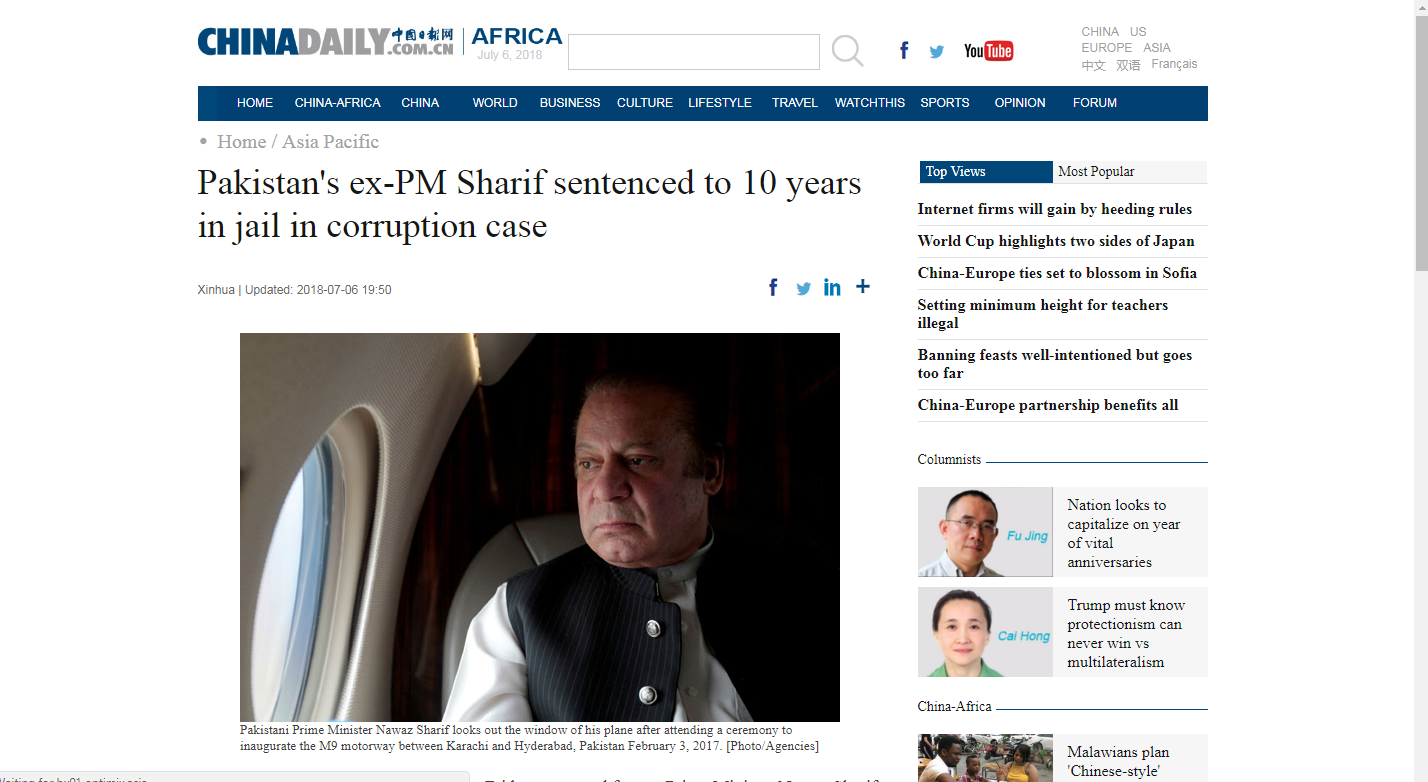 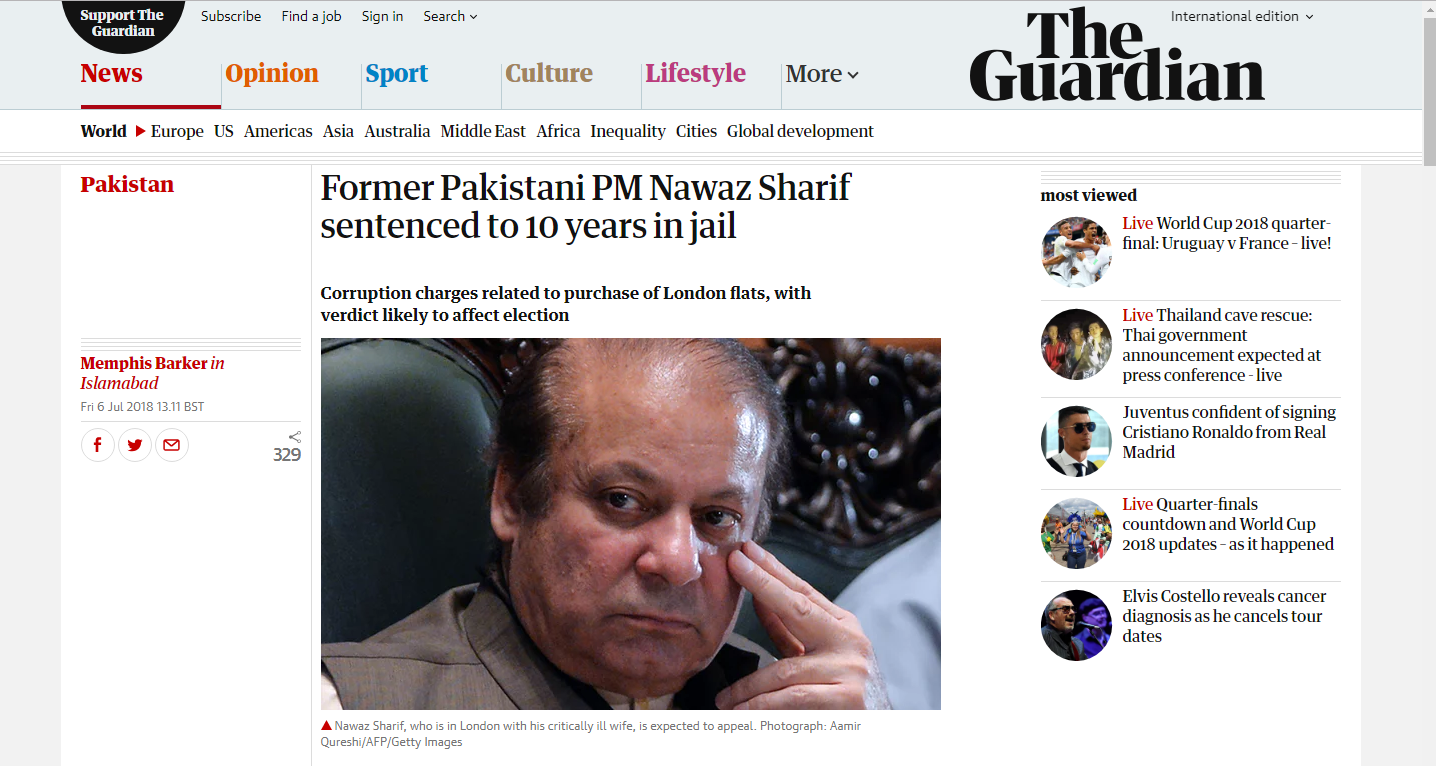 Sharif, referring to the imprisonment handed to him, said that he has been punished because he tried to turn the course of Pakistan’s 70-year history. “I promise that I will continue this struggle until Pakistanis are not free of the chains that they are kept in for saying the truth,” Press Trust of India news agency quoted a defiant Sharif as telling reporters in London. “I will continue my struggle till the people of Pakistan are not freed of the slavery imposed on them by some generals and judges.”