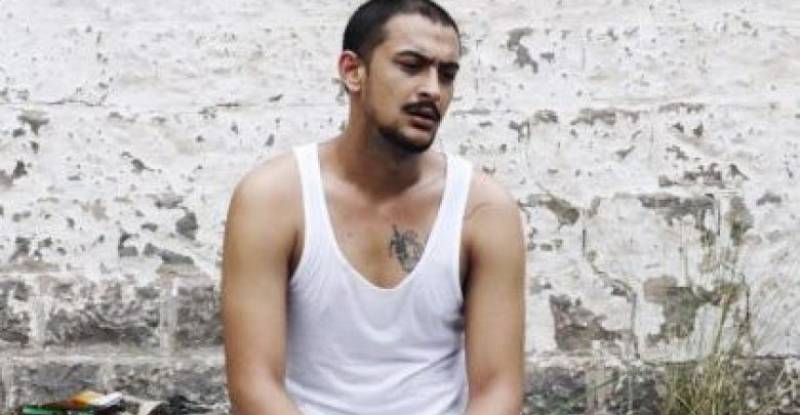 KARACHI - Meesha-Ali controversy has been in news since April and this controversy has gone through many turns . Recently, Patari company was also under stress after Dawn newspaper had blamed them in helping Ali Zafar for lowering the soundtrack of Faris Shafi on purpose. The Patari co-founder of Patari has clarified that none of the company's employee was ever involve in any such activity and neither Ali Zafar had contacted the company for doing such act.

The article was being posted on 4th July by popular newspaper to which Faisal Sherjan had replied through his Facebook account.  The newspaper had alleged Ali Zafar and Patari for undermining Meesha Shafi's brother track on purpose. 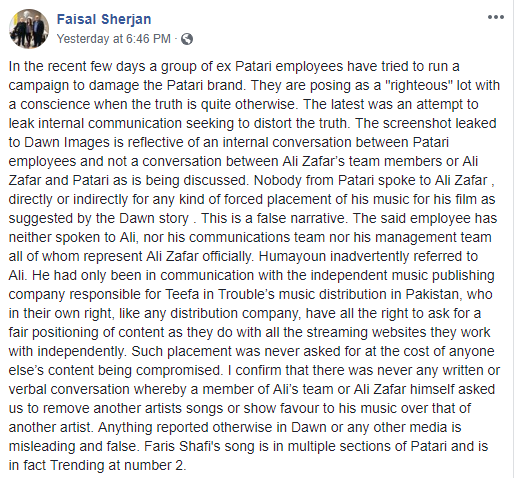 Faisal Sherjan had mentioned it clearly that: "The screenshot leaked to Dawn Images is reflective of an internal conversation between Patari employees and not a conversation between Ali Zafar’s team members or Ali Zafar and Patari as is being discussed. Nobody from Patari spoke to Ali Zafar , directly or indirectly for any kind of forced placement of his music for his film as suggested by the Dawn story . This is a false narrative".

As, Patari was seen hosting songs of Zafar for Movie Teefa in Trouble , Many people considered the story of Dawn news to be true. But yesterday Mr Sherjan has spoken up and has given his points to end the misunderstanding and clear their part from the #Metoo controversy.

Back to the latest controversy, who knew they are not just playing Ali’s songs in fact they are dealing with other songs his way as well. Huqa Pani singer's lawyer has issued a legal notice after the publishing of the controversy.