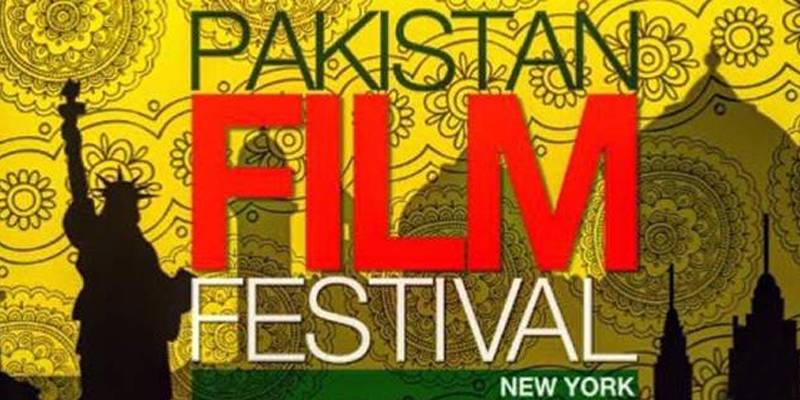 NEW YORK - The stage is set for the second edition of Pakistan Film Festival which opens in New York on Saturday in the presence of a galaxy of Pakistani movie stars.

The Pakistan Mission to the United Nations, which has organized the two-day event at the prestigious Asia Society, is giving final touches to the arrangements for the festival aimed at projecting Pakistan’s soft image.

The films that will be screened during the festival include Na Band Na Baraati, Punjab Nahi Jaongi, Cake, Verna, 7 Din Mohabat In, Parchi, and Lala Begum, generating a lot of interest here.

"We are delighted with the response and hope that this effort at cultural diplomacy will help put our rising film industry on the international map," Pakistan UN Ambassador Maleeha Lodhi said.

Stars participating in the festival have already started arriving in New York and are also looking forward to its second edition.

Mikaal Zulfikar, who appears in two of the films being screened, said the Festival was an important way of showing "the other side of Pakistan", which the media abroad rarely reflects in its coverage. In a video message from the airport, before leaving for New York, he said,â€Super excited to be in the Big Apple and represent Pakistanâ€.

Other actors participating in the festival include Mahira Khan, Mehwish Hayat, Asim Abbasi, Shayan Farooqi, Ali Kazmi, Ayesha Omar, Angeline Malik, and Aamina Sheikh. Among the directors, Nadeem Baig and Mehreen Jabbar will be at the Festival.

"Young filmmakers in Pakistan are producing an incredibly diverse and entertaining array of movies which are contributing to the cultural renaissance underway in the country,” Ambassador Lodhi told APP.

Ms. Chinoy will participate in the festival’s special segment titled Beyond the Oscars, in which she will discuss her present and future work as well as the challenges faced by Pakistan's film industry. Her animated film, 3 Bahadur was screened during the First Film Festival in New York in December 2016.

The festival will conclude with the performance of Zeb Bangash, with her band Sandaraa. Zeb is part of the first generation of Pakistani musicians to have established themselves internationally.

To her credit, Ambassador Lodhi organized the first-ever Pakistan film festival in the US in December 2016 in New York, and its second edition is part of her efforts to boost the country’s image.

"Pakistan's movie industry has continued to evolve, having gone through an exciting revival, and we are proud to present another edition of the Film Festival in the Big Apple," Ambassador Lodhi said.

By showcasing Pakistani movies in the festival, the Pakistan Mission hopes to provide an opportunity to diplomats from 193 countries at the UN to see what the country’s entertainment industry is producing.

The festival will be followed by a reception on 9 July at the United Nations where Ambassadors, UN officials, and media representatives accredited to the UN will be invited, as well as members of the Pakistani diaspora.

Since assuming charge as Pakistan’s Permanent Representative to UN, Ambassador Lodhi has undertaken several cultural projects and organized a series of events to promote Pakistan’s soft image and highlight its modern and vibrant culture as well its ancient civilizational roots.

“Cultural diplomacy is a vital part of any diplomat’s job which is aimed at winning hearts and minds”, Ambassador Lodhi said, adding that Pakistan has much to offer the world in this regard, and our responsibility is to ensure that this is projected in the international arena.

"All the dynamism and diversity found in our films will be on display in the movies that will be shown during this Festival," Ambassador Lodhi said, hoping that this edition would prove to be as successful as the first one.