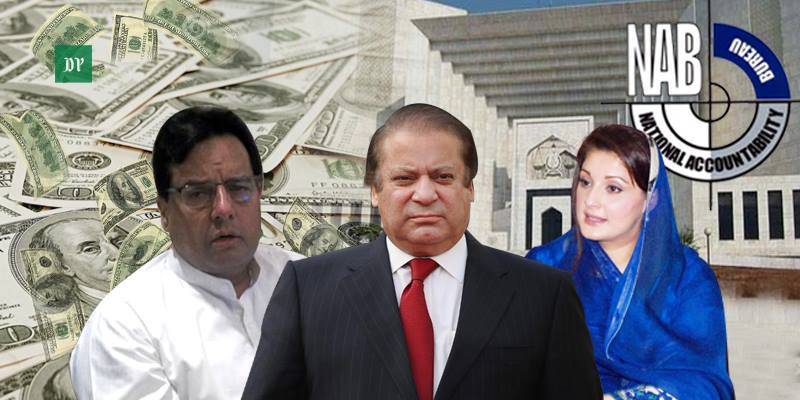 As Judge Mohammad Bashir resumed hearing of the case to record final arguments of the prosecution of the National Accountability Bureau (NAB), counsel for the two submitted the pleas, which were accepted.

However, former prime minister Nawaz Sharif is present in the court to attend the hearing.

Nawaz, his children – Hassan, Hussain, Maryam Nawaz – and son-in-law Captain (retd) Safdar have been named in Avenfiled, Al-Azizia and Flagship references, filed by the National Accountability Bureau (NAB) in the light of the Panamgate verdict.

At the last hearing, the court rejected a petition filed by the former prime minister through his counsel Saeed Hashmi to pause the recording of closing arguments in the case, asking the court to record final arguments in all the three corruption references together.

Hashmi, submitting the arguments, said that Wajid Zia was the only material witness and the JIT report was the only evidence that was presented by the prosecution in the case.

He asserted that Azizia and Flagship references have the same evidence and witness; therefore, the closing arguments should be recorded in all the three cases.

The counsel had added that if the court proceeded with the final arguments in the Avenfield reference, it would give the prosecution an opportunity to address gaps in the cases they make in the other two references — Al Azizia and Flagship Investment — which will seriously damage the defence’s case.

However, NAB Deputy Prosecutor General Sardar Muzaffar Abbasi opposed the argument and pleaded the court to record the final arguments in the Avenfiled case.

After hearing the arguments, Judge Bashir dismissed the Nawaz’s plea and remarked, “You may challenge this verdict in the high court”.

Abbasi while recording the statement informed the court about revelations made by the Panama Papers. He said that the NAB filed three cases against Sharifs after the matter was taken up by the apex court and a JIT was formed.

He added that the defence needed to prove innocence by submitting the evidence against the charges. He argued that the statements of the accused did not oppose the evidence of the prosecution.

He went on to say that Maryam Nawaz and his husband “did not produce any witness of trust deed”, in order to prove their statement.

He said that Avenfield apartments had been owned by the Sharif family since 1993, adding that the accused is Benamidar owner of these properties as his children had no independent sources of income when these properties were acquired.